Wow. If I had to describe my reaction to Disney’s latest live action remake, Aladdin, in one word, that word would be Wow!

We thoroughly enjoyed Aladdin, which pretty much stayed faithful to the animated classic, but added a few flamboyant flairs!

*we were hosted for this advance screening of Aladdin in exchange for my honest review of the movie. This review reflects my true opinion of Aladdin. 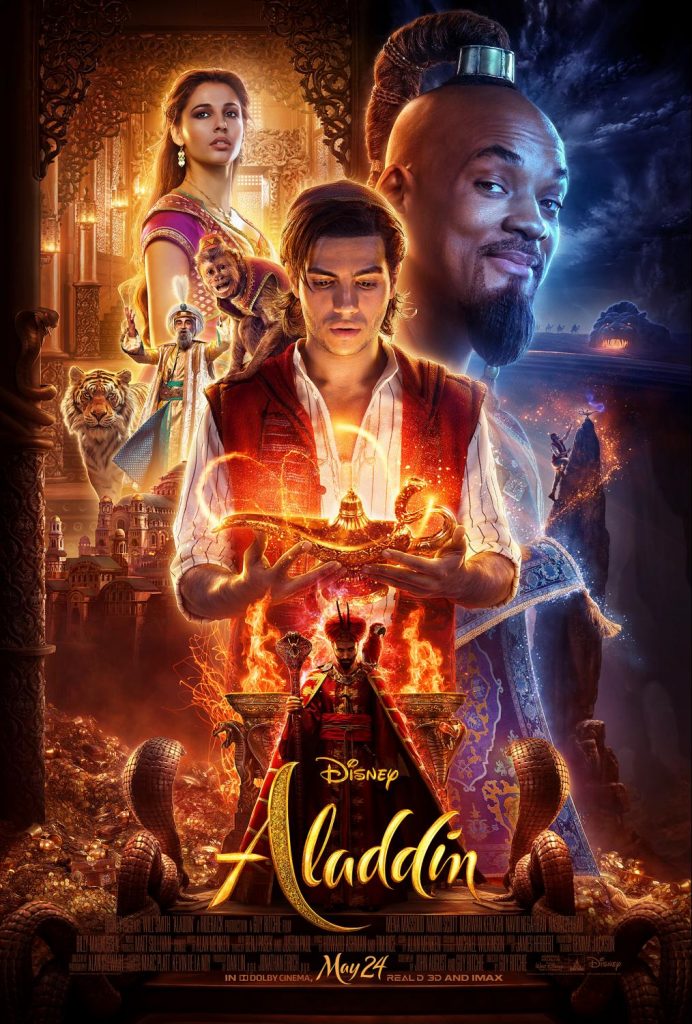 How Does Will Smith Measure Up As Genie?

I have to admit, like many fans of the 1992 classic, I was highly skeptical that anyone could do justice to Robin Williams as Genie. Next to Dead Poet’s Society, this was my favorite Robin Williams role.

But I have to tell you…. Will Smith nailed it. He fully embodied the Genie without being a copycat of Robin Williams’ Genie. He was very much Will Smith and he. was. hilarious! I am not even kidding you– the entire audience was busting a gut at least half a dozen times… and it wasn’t old Robin Williams jokes that did it. Nope– it was all Will Smith.

Plus, I really loved how the writers humanized Genie, complete with a backstory that will really warm your heart (not spoiling it for you.. you have to go see it for yourself!).

How is the chemistry between Aladdin and Jasmine?

Awkward at first, but definitely believable. Aladdin, played by Mena Massoud, is confident on the streets of Agrabah, where he steals to eat and often gives away the food he steals to those less fortunate than himself.

However, as Prince Ali Ali Ababwah is quite tongue tied, unsure of how to act, and overall acts like a young man in love with a princess. For her part Jasmine, played by Naomi Scott, loves the scrappy street artist who showed her adventure in the marketplace. She is not so sure about this puffed up prince— that is until he shows her the world.

As soon as Aladdin and Princess Jasmine take a tour on the Magic Carpet Ride, they are in synch and their onscreen chemistry is actually quite good.

And where it matters the most– while singing ‘A Whole New World,’ they are really phenomenal.

How is the live action movie different from the animated classic?

If you thought the live action Aladdin couldn’t capture the beautiful messy chaos and grand festive nature of the animated classic, you thought wrong.

The live action movie covers all the bases of the 1992 film. There are a few notable differences. For instance Jasmine has a new song.. and it is pretty fantastic. Also, Jasmine is a more modern and empowered heroine. I am not going to spoil it for you, but I am absolutely thrilled with how Disney decided to end the live action Aladdin on a fun but totally empowering high note!

What about the new song?

‘Speechless’ is phenomenal. Jasmine first sings part of it in the first half of the movie, but towards the end she reprises the song and it is very powerful. I will actually be disappointed if this song doesn’t make it on the radio.

Oh my goodness, the set and costumes were sumptuous. I am not even kidding. Agrabah is set on the coast (not sure how I missed that detail in the animated version) and the view from Aladdin’s marketplace perch is stunning.

When Aladdin makes his grand entrance as Ali Ababwah, you will want to jump out of your seat and dance in the aisles. It is so much fun and Will Smith brings it! The costumes will take your breathe away. They are so colorful and flowy (is that a word?).

The Cave of Winds will have you shaking. It is very realistic and scary. Even though I loved the new song and Will Smith as Genie, I really think the set and costumes are what convinced me that I actually love the 2019 Aladdin better than the 1992 version. For real!

Is Aladdin kid friendly? Is it too scary for younger kids?

I brought my 6-year old daughter and I have to say she was a little scared at the beginning with the Cave of Winds. But as soon as the Genie popped out of the lamp, she was good and loved the movie almost as much as I did.

According to my daughter:

Where can I go for more Aladdin-Themed activities? 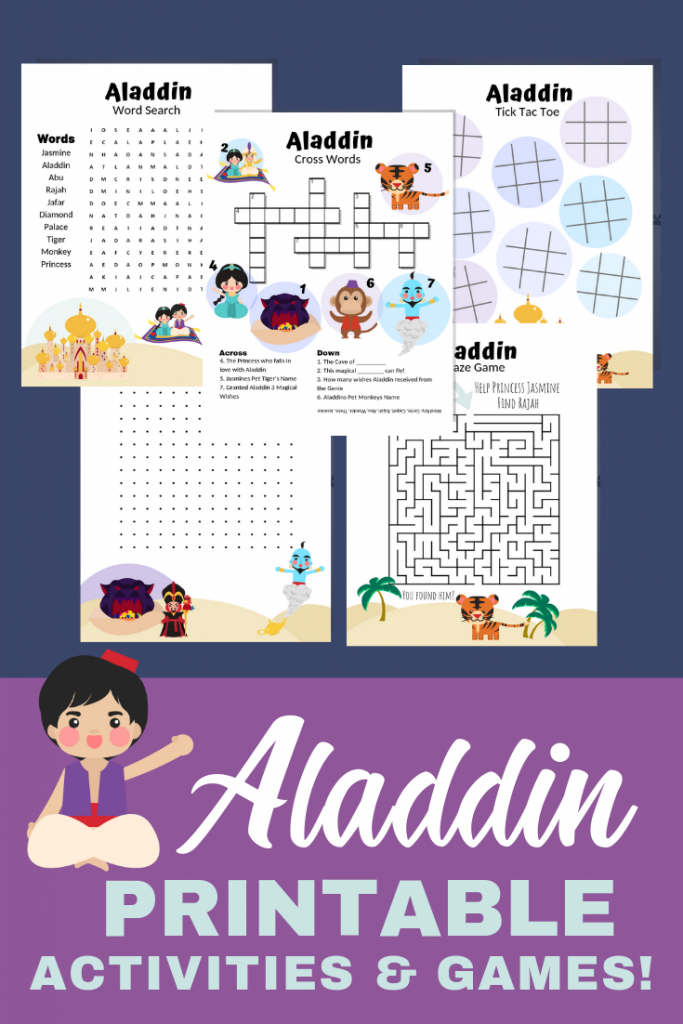