The Best Places To See 4th Of July Fireworks In Maryland

These are the best picks for 4th of July fireworks in Maryland. Great spots for families!

As Americans celebrate our independence on the Fourth of July, Maryland is home to some of the most impressive fireworks displays in the country.

There are so many fireworks events in Maryland… how do you choose which one to watch? Here are our top picks for the best places to see 4th of July fireworks in Maryland. 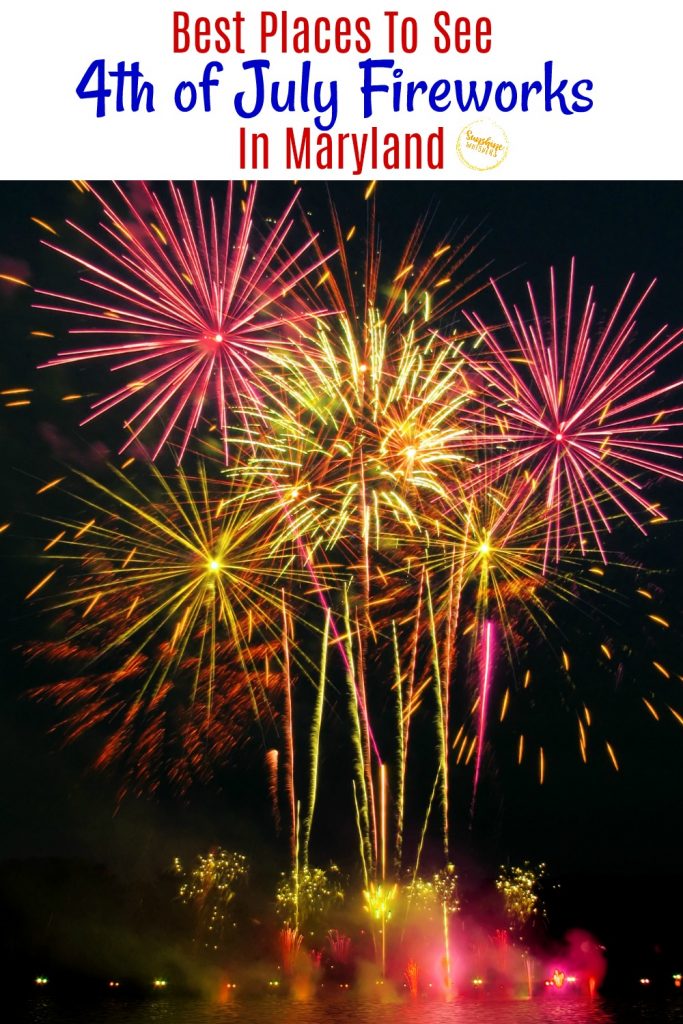 Why not celebrate Independence Day at Fort McHenry, the site of Francis Scott Key’s writing of the Star Spangled Banner? The future national anthem was penned as Key watched the bombs bursting around the fort.

Start your day at Fort McHenry taking in its history, with old cannons encircling the fort as part of the defense system. Inside the fort stand several buildings where you can learn about the Revolutionary War and Fort McHenry’s role in it. The park features re-enactors posing as soldiers and local citizens from the 1770s. 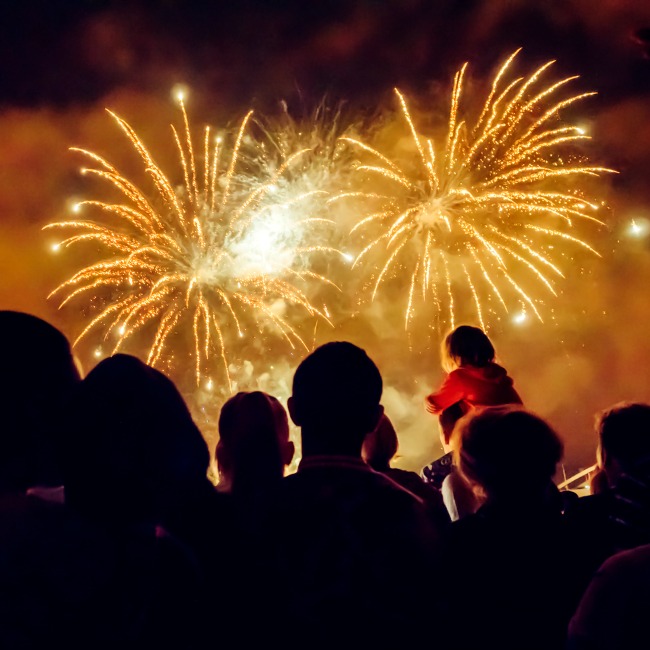 After that, head to Baltimore’s Inner Harbor, where you can view the USS Constellation docked in the harbor. You can book a cruise around the harbor if you really want to splurge. Every year, Baltimore plans a great event full of music and family friendly festivities throughout the day. Then, as darkness falls on the area and the fireworks are launched high above the Inner Harbor, you’ll see some of the most beautiful and powerful displays exploding overhead.

Home to the US Naval Academy, Annapolis celebrates the Fourth of July with a major taste of patriotism. Prior to the fireworks show, stake out a spot on the parade route and enjoy a fantastic parade that kicks off at 6:30 p.m. 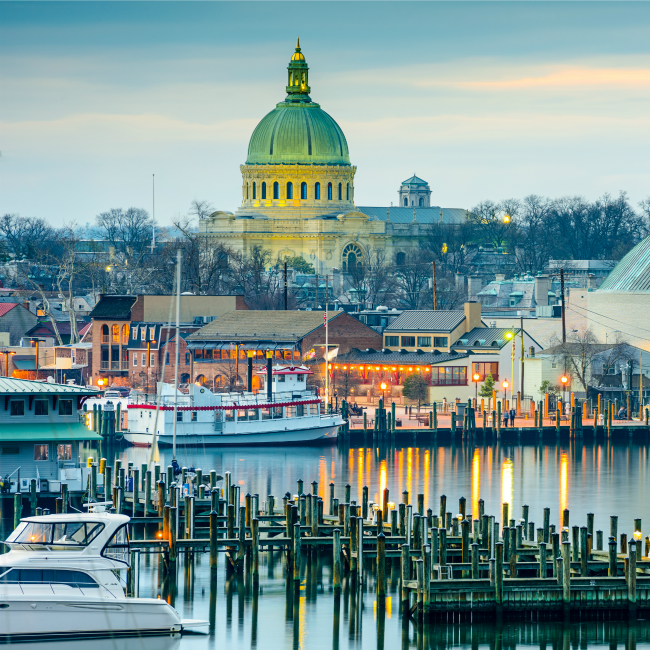 The two-hour parade will conclude shortly before the massive fireworks show kicks off in the Annapolis Harbor. Best spots to view the fireworks show include northeast of Severn River, City Dock, the Naval Academy Bridge, as well as long the harbor.

There are plenty of family friendly activities in Annapolis before the show, which starts about 10 p.m. Make your Independence Day a historical adventure, with local tours such as Colonial Annapolis, a historical walk, or a tour of the Naval Academy grounds.

For more details about the Frederick 4th of July celebrations, click here.

As the site of one of the major battles during the US Civil War, Antietam National Battlefield celebrates Independence Day with the Maryland Symphony on Saturday, July 6. Arrive early in the day and be prepared for up to a 90-minute delay exiting the park after show. 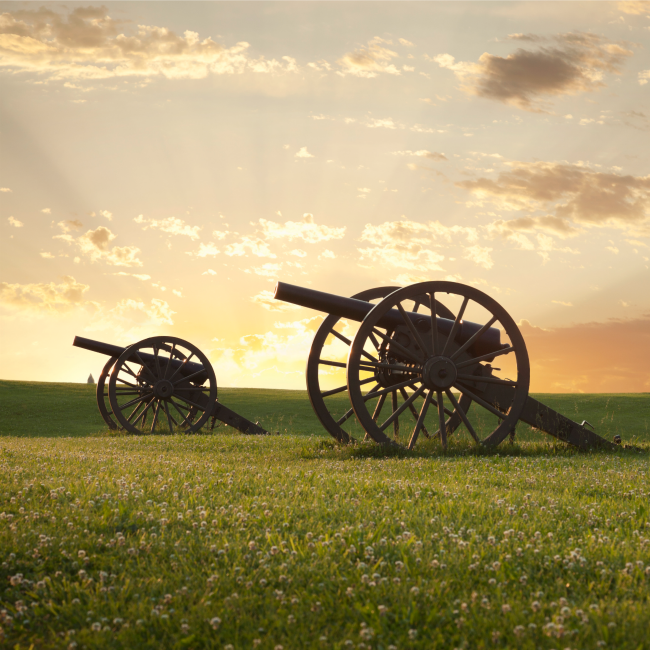 Stop at the visitors center for a specific list of recommended activities, as well as to watch a short film on the Civil War and the battle at Antietam.

Take a park ranger-guided tour of exhibits or explore on your own. Visit the Dunker Church and national cemetery, as well as several of the monuments located around the national park. Several battle sites are popular among visitors, as is the field hospital museum. 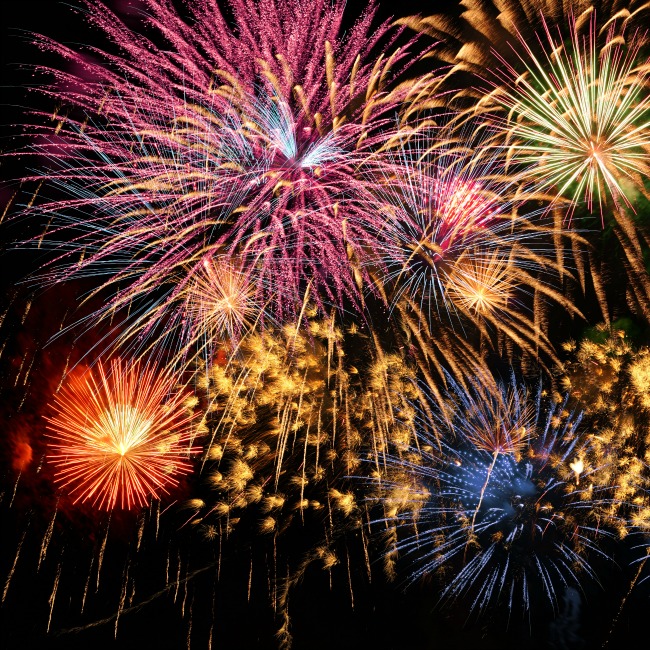 There are several attractions you can check out before heading to the beach. Take a stroll along the boardwalk, get your splash on at the Jolly Roger Amusement Park, play at Trimpers, or just hang out at the beach!

The kid friendly festivities kick off at 930am with kids games like lollipop scramble, spoon and sack races, and of course.. water balloons. Kids who decorate a bike can also ride in the parade! 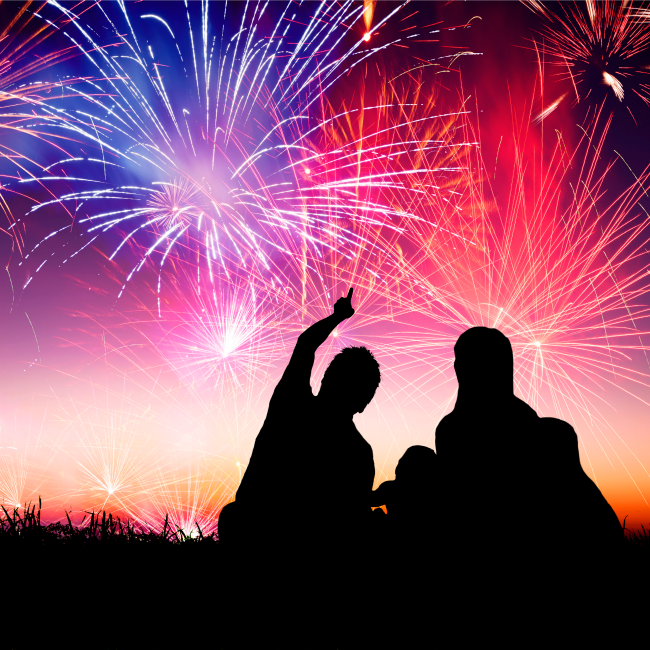 The Grand Parade starts at 3pm and it is probably one of the best 4th of July parades in Maryland. For real, spectators claim their parade spot weeks ahead of time (there are probably chairs out right now!).

After the parade migrate to the Catonsville High School grounds for a Family Fun Fest and 630pm and then stick around for amazing fireworks at 930pm!

If you want to see fireworks but don’t want to deal with major crowds, these small town alternatives are worth checking out!

While you are making your plans for 4th of July fun, why not check out these super fun ideas too!

And these delicious Patriotic-themed recipes too!