The 5 Best Places To Pick Apples In Maryland

Apple picking is a favorite fall activity for families. These are the 5 best places to pick apples in Maryland!

Is there anything that says “Fall” like heading out to the apple orchard and picking a bag or two of your own fresh apples? Maryland is home to several outstanding apple orchards that combine apple picking with family-friendly activities, making for a fun outing. Apple orchards have grown to become key components of Maryland’s agri-tourism.

Here are some of the best places to pick apples in Maryland. 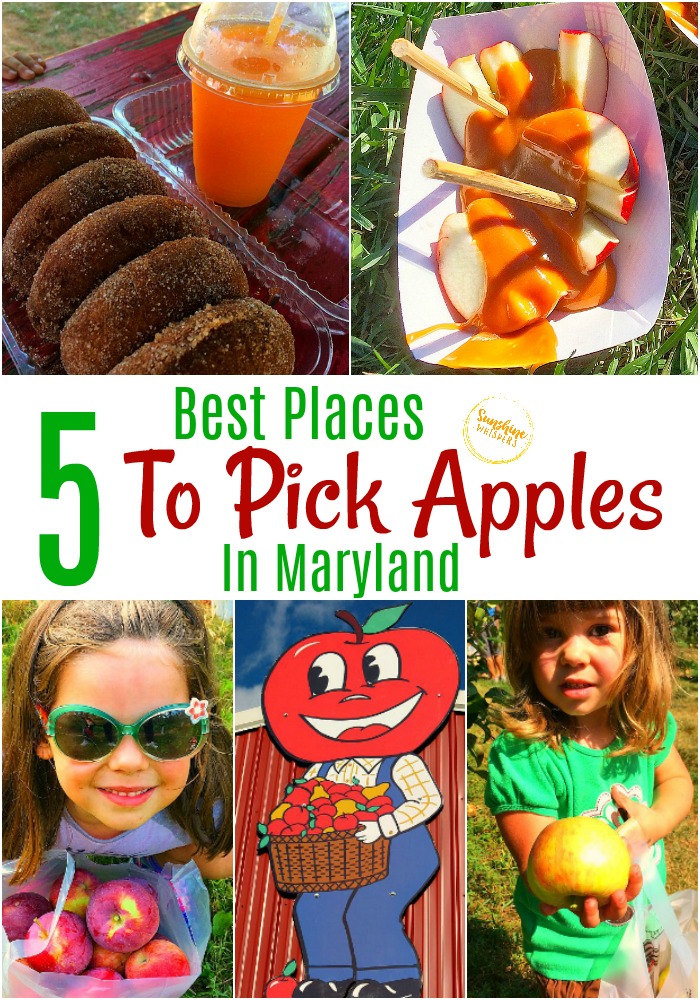 A short drive north of Baltimore, Weber’s Cider Mill Farm in Parkville offers visitors an opportunity to pick their own apples from the orchard or buy them at the farm’s market. Make a day trip of your visit to Weber’s Cider Mill Farm, where your kids can enjoy the farm’s attractions, such as the giant hillside slide or the tire mountain. Try not get lost taking the little ones around the straw maze. The entire family can enjoy a hayride around the farm, taking in the sights and sounds of rural life in the autumn.

Since 1908, the Weber family has been involved in agriculture, raising crops and transporting them to Baltimore to sell. Today, the family enjoys running the apple orchard, among the other fruits and vegetables they raise, including tomatoes, peaches and pumpkins. Apple picking runs from late September through early November.

While visiting the farm, take advantage of the homecooked treats and try some fresh pies like the Jewish apple and berry, or other baked goods such as pumpkin crème roll or apple doughnuts. Don’t forget to take home a pie or two, along with your apples. 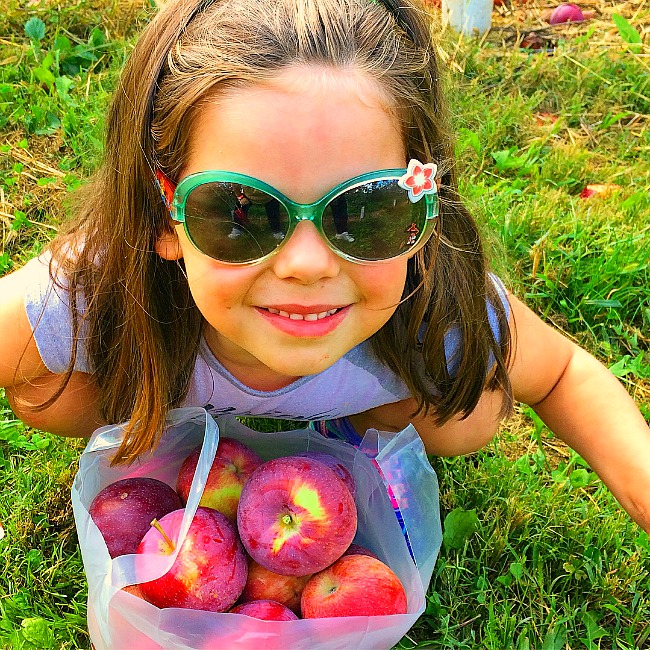 Baugher’s Orchard near Westminster, about 45 minutes north of Baltimore, started as a small farm operation in in the early 1900s with about 60 acres. Today, the farm is responsible for about 600 acres of goodness. This is one of our favorite places to pick apples in Maryland for sure!

Several acres are set aside for the fruits and vegetables the family grows for the fall harvest. Offering a variety of items during late summer into the fall, including peaches, plums and nectarines, the farm may be most popular early September- late October, when apples, and then pumpkins, are ready for picking. 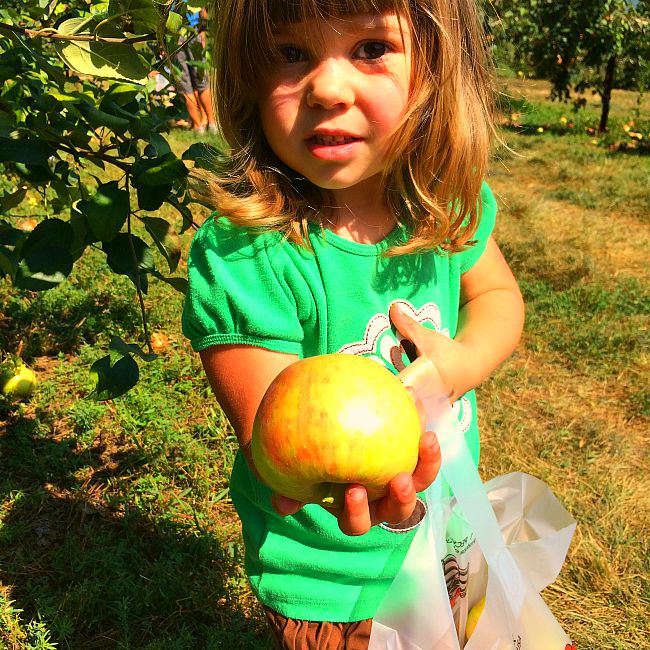 The farm raises about 20 varieties of apples, with about 10 of them available for public harvesting each year. The farm is available for you pick’em on weekends, beginning in early September.

As you visit the farm, check out the petting zoo, featuring lambs, goats, donkeys, rabbits, and more. Take a tractor-pulled wagon ride around the farm during your visit.

The farm is also home to a bakery with several types of pies on hand. You can also enjoy a family meal at Baugher’s Restaurant, with a country menu and pie for dessert. 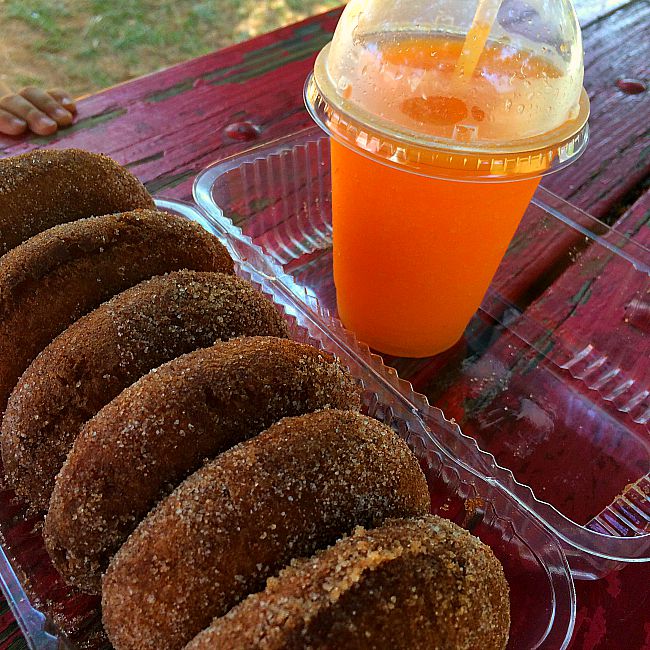 You can read my in-depth review of apple picking at Baugher’s Orchard here.

George and Shirley Butler bought a farm with 25 acres and a log cabin. They raised their family on the land. Today, the Butler family manages about 300 acres, growing a variety of fruits and vegetables.

They encourage people to visit and pick their own produce. Some days, visitors can drive their own vehicles to the fields. On other days, guests ride a trolley. Regardless, it’s a fun adventure to visit the Butler Orchard, a few minutes outside of Gaithersburg. 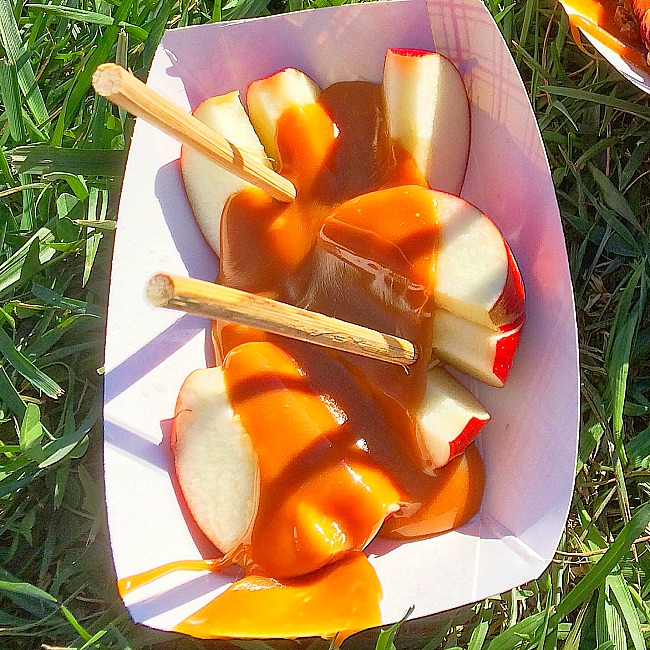 Open Tuesday-Sunday, visitors can enjoy picking apples during the day (farm closes at 5:30 p.m.) beginning in early September and lasting through late October.

With a five-acre park as park of the farm, children can participate in activities like a giant slide, pedal tractors and climbing structures. Everyone is welcome to get to know some of the friendly farm animals. Guests can bring a picnic basket and enjoy lunch at one of the nearby picnic tables. You can read my in-depth review of the Pumpkin Festival here.

Related: The Best Places To Pick Your Own In Central Maryland

Named to the state’s Agricultural Hall of Fame, this family farm has been raising fruits and vegetables in northeastern Maryland for nearly 120 years. Today, managed by a third generation, Milburn Orchards attracts visitors from Maryland, Delaware, Pennsylvania and New Jersey. With apple picking season running from early September through late October, the farm continues to remain popular. 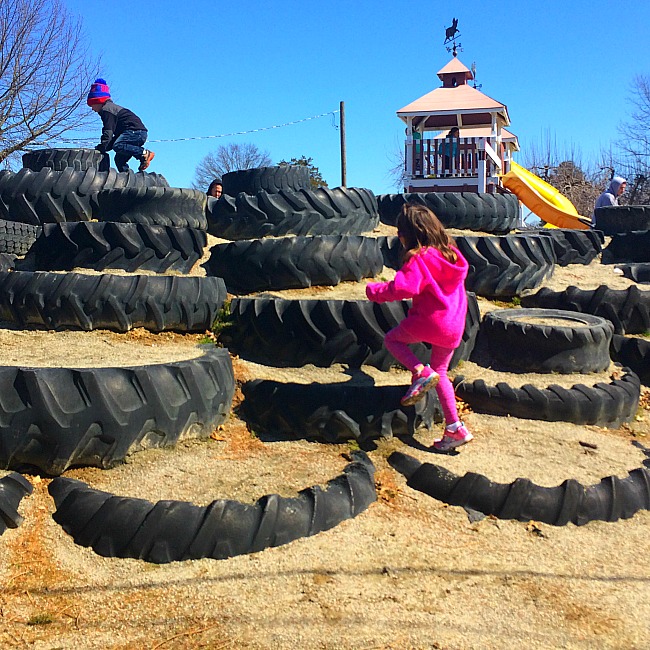 During your visit to Milburn Orchards, grab a light lunch at the Orchard View Deck; then, let the kids run wild in the Big Backyard. With playground equipment and a large sandbox, there’s plenty to keep children active and busy when they’re not out in the orchard picking apples.

Open daily, Milburn Orchards also has a bakery, where you can pick up baked goods and other treats.

From ‘city slicker” to farmers, John and Mary Fendrick initially raised guernsey cattle on a farm near Germantown. Then, an opportunity arose to take over Rock Hill Orchard, where they had plenty of room to allow their cattle to graze and grow crops in their orchard, as well as manage an on-farm market. Today, they host several pick ‘em harvests during summer and fall months. Apple picking season runs from mid-September through late October. 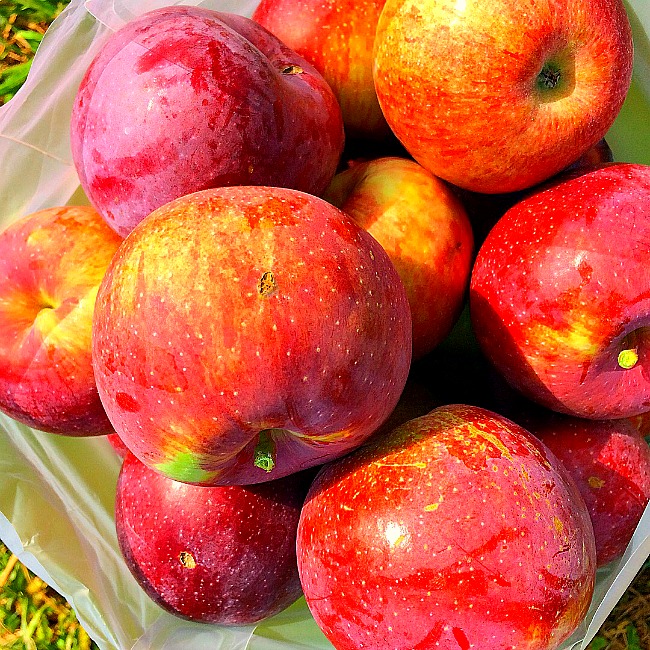 Plan a weekend outing to Rock Hill Orchard and Woodbourne Creamery to pick the best apples. While there, you may notice a white layer on the fruit. This is part of the farm’s sustainability program. The Fendricks take several steps to ensure they follow a safe process to raise the crops and protect the environment.

The farm market features locally-sourced products, including fruit, vegetables and milk. You can buy prepacked ice cream, made with milk from the farm’s cattle.

As summer comes to a close and we move to cooler weather, visiting an apple orchard seems to be a natural decision. Nothing tastes better than a fresh handpicked apple, and nothing is more fun than picking that apple yourself along with your family or friends. A visit to an apple orchard is an autumn rite of passage in Maryland.

Check out the only Fall Family Fun Guide You will need! 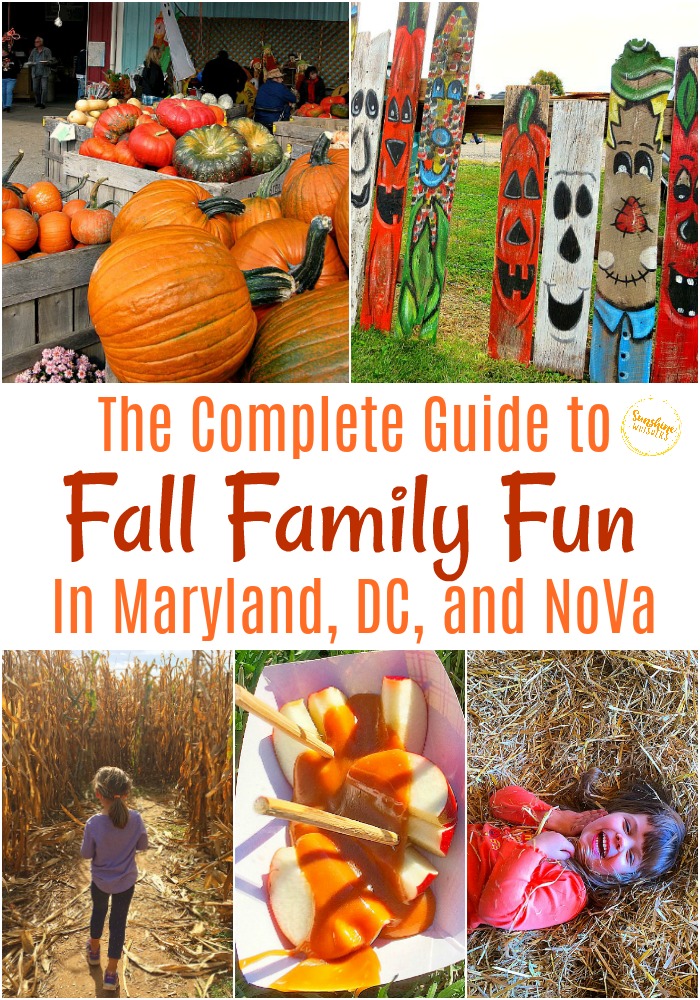 Previous Post: « 10 Can’t Miss Fall Family Events in Maryland That Don’t Involve Pumpkins
Next Post: 6 Easy Ways to Get Your Kids Excited About Going Back to School »

Top
40shares
We use cookies to ensure that we give you the best experience on our website. If you continue to use this site we will assume that you are happy with it.OkRead more