The Best Tips for How to Go Stargazing

If you are camping or just want to look at the stars, these are the best tips for how to go stargazing!

According to the Sky and Telescope’s Guide to Exploring the Universe, on a clear night you can see 2.5 million light-years away with the naked eye. Isn’t that awesome? That’s without having to use a telescope or binoculars! At that distance, anyone can see the Milky Way, the Andromeda Galaxy, and more!

Stargazing is a great activity to do, especially when camping with the family. Since most campgrounds are far out from the city, you will almost always have the perfect dark sky to gaze at. Of course, if you don’t know where and how to, you aren’t really going to make the most of the magical night sky. 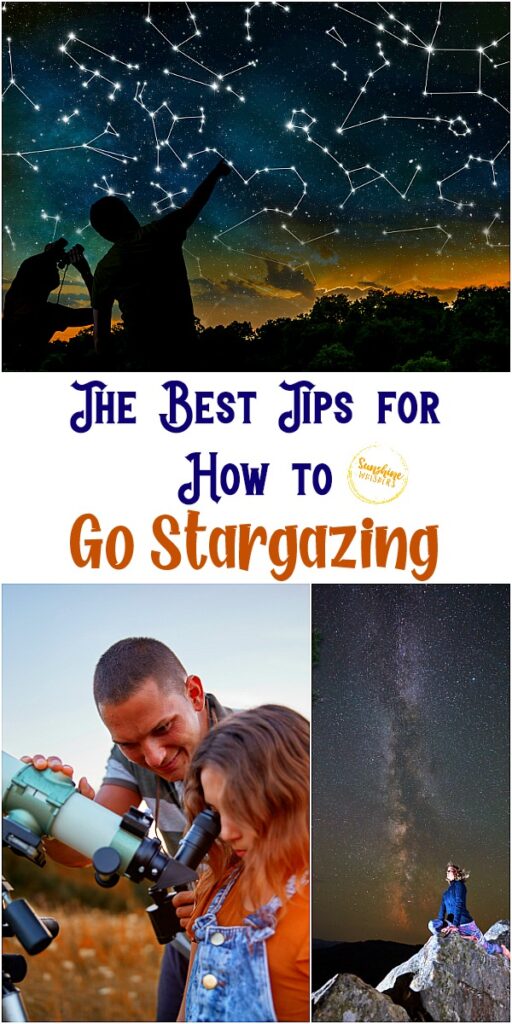 Equipment for how to go Stargazing

You don’t need to worry about any fancy equipment when it comes to stargazing. However, there are some items that will help you identify and see stars, clusters, constellations, and planets. One of these items in a star chart. You don’t have to go old school with outdated physical charts- rather download the star chart on a mobile app. To get an accurate chart you just specify the date, time, and current location. Here are some great options for Astronomy apps. 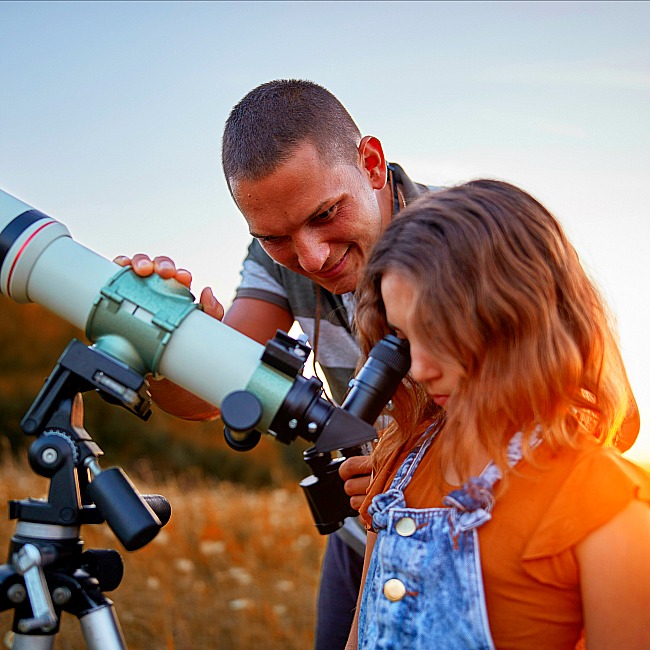 You could opt for a telescope if you’re willing to make an investment to get a good quality telescope such as the Dobsonian Telescope and the Orion StarBlast Telescope. Alternatively, a pair of binoculars that are 10 x 50 which would help you see star clusters and the four large moons around Jupiter.

What to Look Out For

Watch out for the sun! Never look at the sun directly. And don’t look at it directly when using binoculars, a telescope or a camera either. It may cause your eyes to be damaged, and may even cause permanent blindness. Fun fact: Did you know that nearly a million Earths can fit inside the Sun? 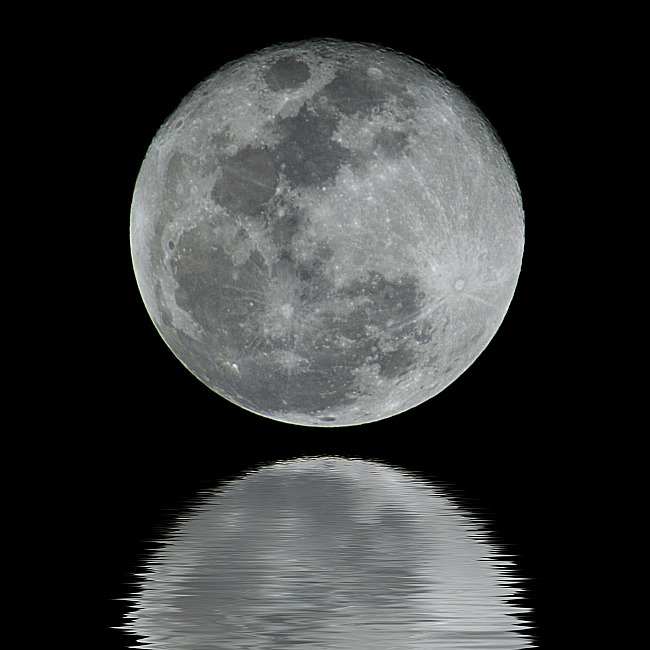 The Moon controls the world’s oceans and is the reason for low and high tides. Only twelve people have ever stepped foot on the moon (you can learn more about the Apollo astronauts here). Because there’s no wind, if you were to go to the Moon today the astronaut footprints would still be visible. It’s super easy to see the moon’s bumpy edges and craters when you look at it through a pair of binoculars, a telescope, or through a camera.

When you look at the stars you’re literally looking at the past. This is because stars are many light years away and light takes time to travel- so, a star you are looking at now could be one that no longer exists. 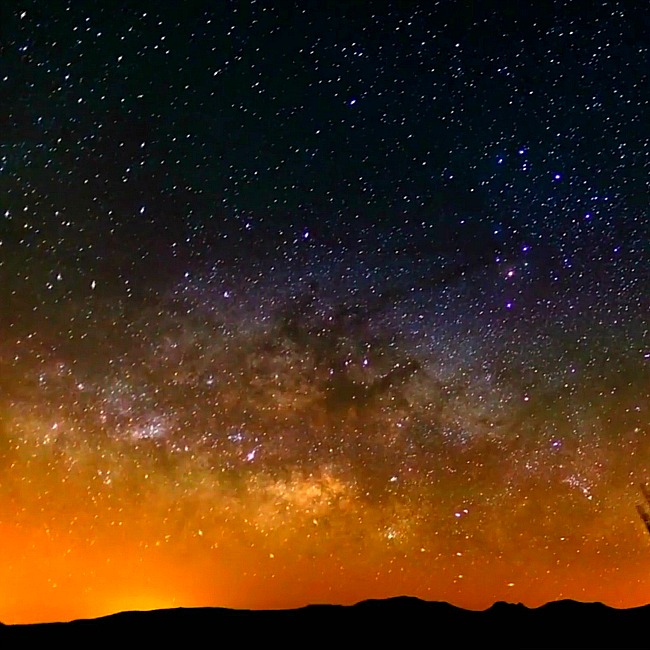 Constellations are determined by your hemisphere

In the United States you can see Polaris, The North Star, which is located by the north celestial pole. This star is unique to the north as it has no southern counterpart. Other popular constellations that are found in the northern hemisphere include the Circumpolar, Ursa Major, SpringLyra, CircumpolarCepheus, WinterCassiopeia, SpringLyra, and CircumpolarLeo. 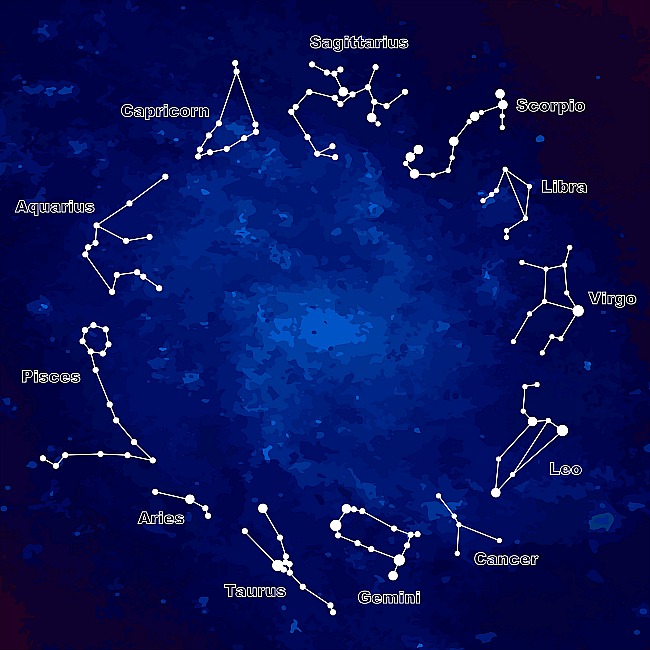 In the southern hemisphere, you will have amazing opportunities for stargazing as the South Pole faces the Milky Way’s center. The brightest constellation, and the constellation that can be seen all year round is the Southern Cross. Some of the other popular constellations include the Centaurus, Autumn, WinterLeo, SpringCanis Major, CircumpolarScorpius, SummerHydra, and SummerPegasus.

When you’re getting ready to do stargazing for long periods of time, prepare your eyes for it. When you look up at darkness, your pupils will begin to dilate. The bigger your pupils are, the more you see. It takes about 20 minutes for the eyes to get adapted to the dark- so bear with it and happy stargazing! 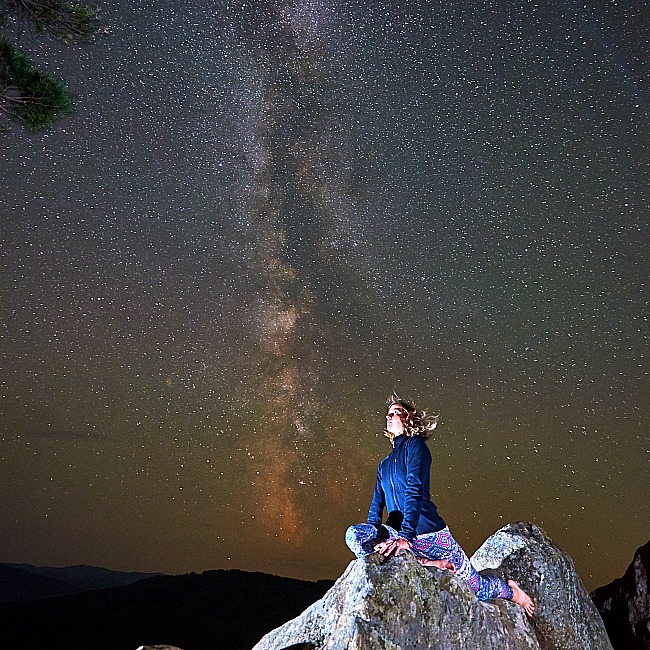 Get started with stargazing by finding your local astronomy club. Usually these types of clubs host star parties with a large telescope. By attending events like these, you’ll learn about the skies and have the opportunity to use equipment that you may not be able to purchase. 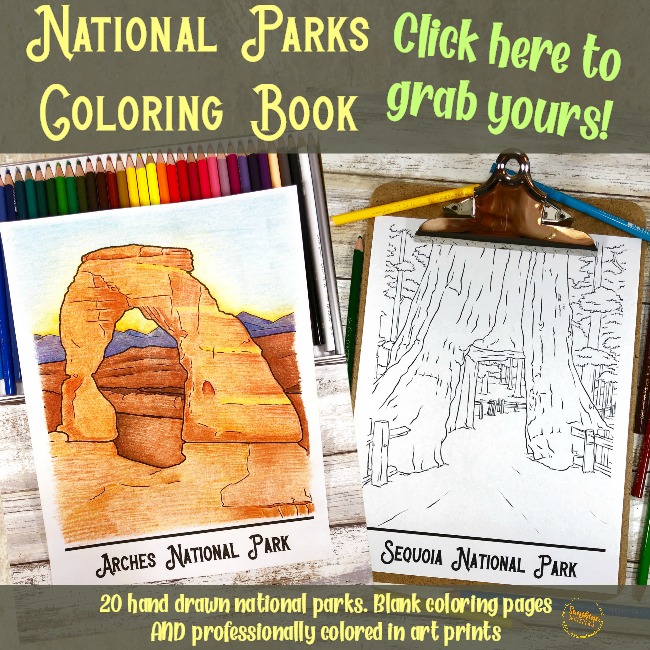 Where to Do Stargazing

Stargazing can be enjoyed anywhere. However, a location that’s truly dark and away from light pollution is the ultimate place to do stargazing. These five places below have an unbelievable night sky that will keep you looking at it all night long. 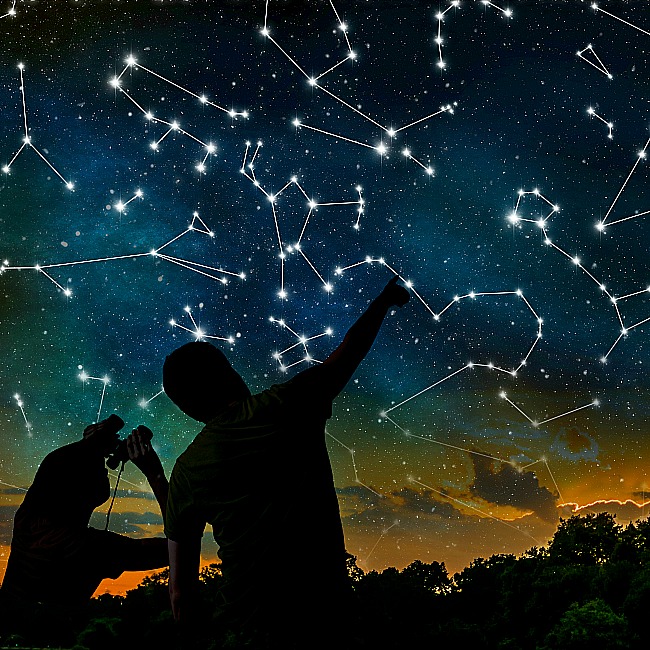 Check Out These Great Camping and hiking Resources Too! 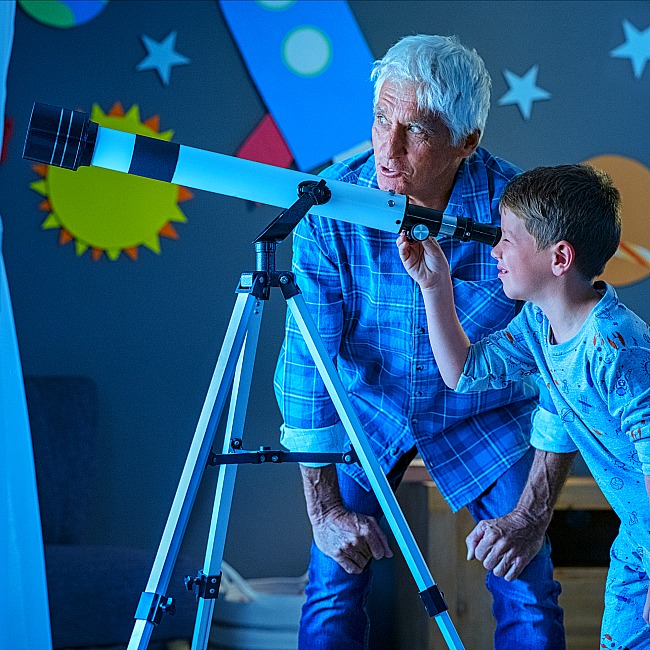