These campfire games for families are the perfect activity to amp up the fun on your next camping trip!

Nothing beats a classic campfire game, and family camping is very popular in the United States. At the end of a long day, it can be incredibly fun and relaxing with the whole family sitting around the campfire telling stories and listening to music.

However, there are also a variety of games you can easily play around the campfire. These games are sure to have the entire family laughing up a storm, and remember, nothing complements a good campfire game like some s’mores. 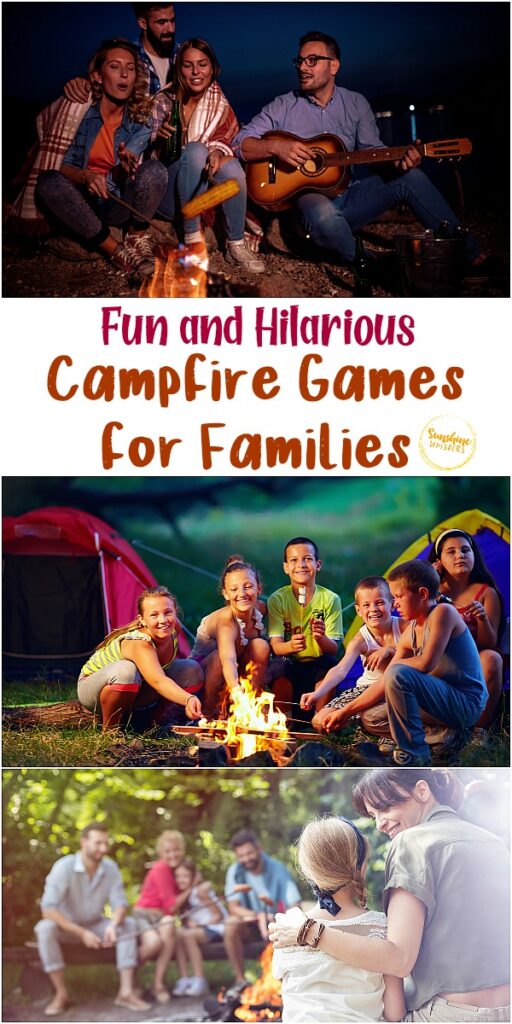 Would You Rather is a classic game where players pose hypothetical questions to each other. The player who was asked the question then replies with which of the two options they would rather have.

P2: I would rather have the house!

Player 2 then asks another player a different question and the cycle repeats. You can also piggyback off of other players questions like so:

P2: Would you rather have a million dollar car or a pet unicorn?

P3: I would rather have a unicorn!

There are an endless amount of questions to ask, and the questions can be adjusted for kids of any age.  This is a great way to get to know your family members, especially for kids to learn more about their parents.

Click This photo for loads of fun camping games and activities! 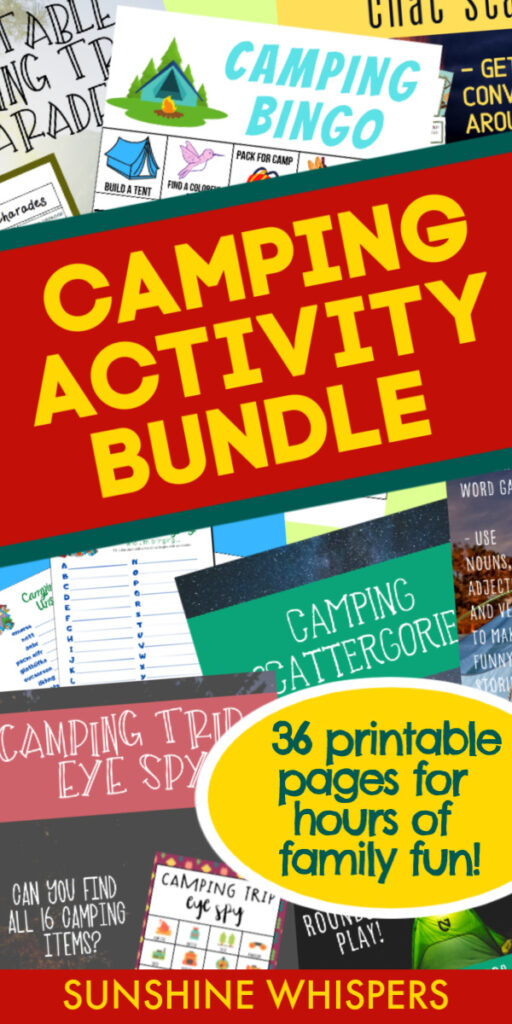 A classic family game, Charades is an incredibly easy to play. Players take turns mimicking things while the family guesses what they are or what they are doing. Players can either come up with stuff on their own, or draw ideas from slips of paper in a container that can be picked at random.

There are many ways to vary charades to keep the fun going. You can have teams where multiple people are acting out, while the other team guesses. You can also make use of props in your charades to level up the fun.

This game is incredibly simple, making it great for younger kids. Player one whispers a phrase into another player’s ear, and you go around in a circle whispering what you heard. The last player says what they heard, and player one repeats the original phrase.

The fun of this game comes from how distorted the phrase gets as it’s passed around the circle. You can make the game more complex with bigger words or even sentences with older kids. 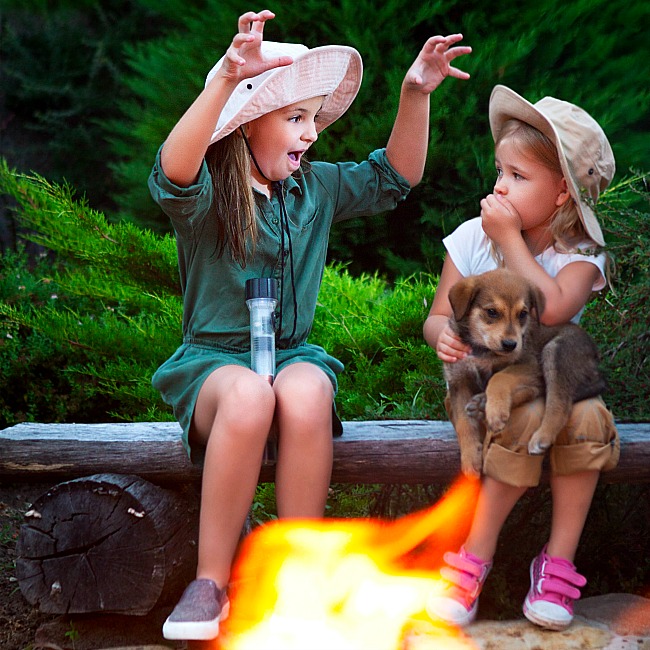 You can also add to the game by adding props or making the game more complex in a variety of ways. Be creative and make it a family tradition by keeping the props the same year after year.

Players can either make up or draw names of famous people, and then describe the while the other players guess who they are. There are many ways to describe your character. You can do impressions or charades, or just vaguely describe the, and what they did.

There are all kinds of people to choose from, and you can simplify it into categories, such as rock musicians or superheroes. 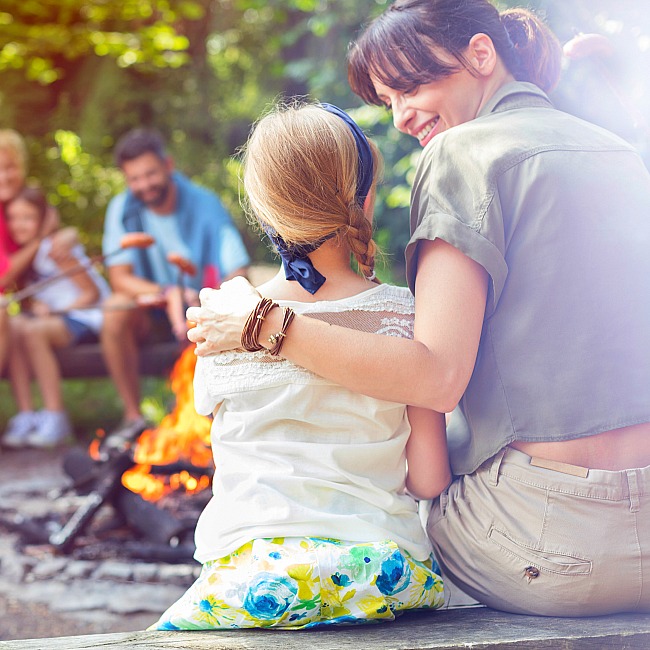 Player 1 starts by saying the name of a famous person, such as Teddy Roosevelt. The next player must then come up with someone whose first name starts with the same letter as the previous person’s last name, so in this instance one could say Robert Redford.

There are all kinds of different ways to play, and all sorts of types of people to choose from. You can do musicians, painters, book characters, or whatever else you can think of. 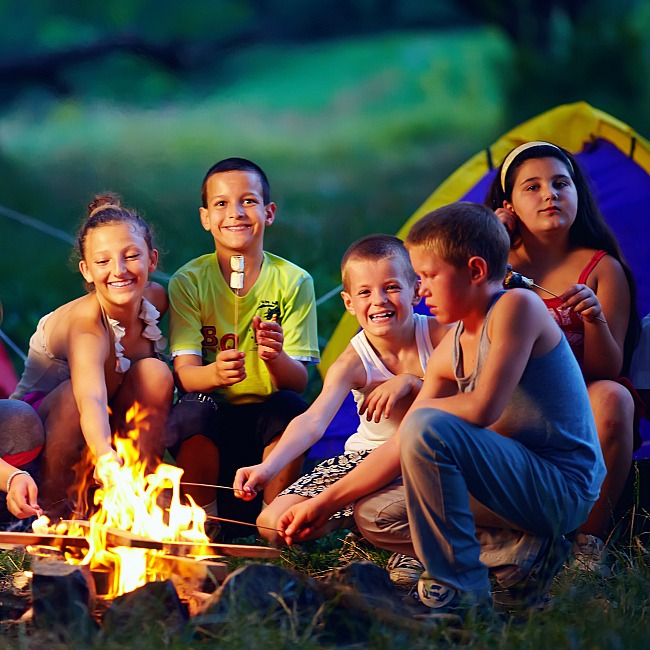 Similar to Who Am I?, players will take turns picking a character or object and everyone else gets 20 questions to figure out what they are. There are loads of ways to play this game with small or large groups of people.

This game is best suited for younger kids, but can be played with older kids as well, just make sure you do it while there’s some light out.

Players will take turns starting out by saying “I spy with my little eye” and then describing one simple trait of an object that they see. The game can be made harder or easier depending on what object you spy.

This game is great for little ones, and it helps them learn words and objects as well, making it an education campfire game to boot! 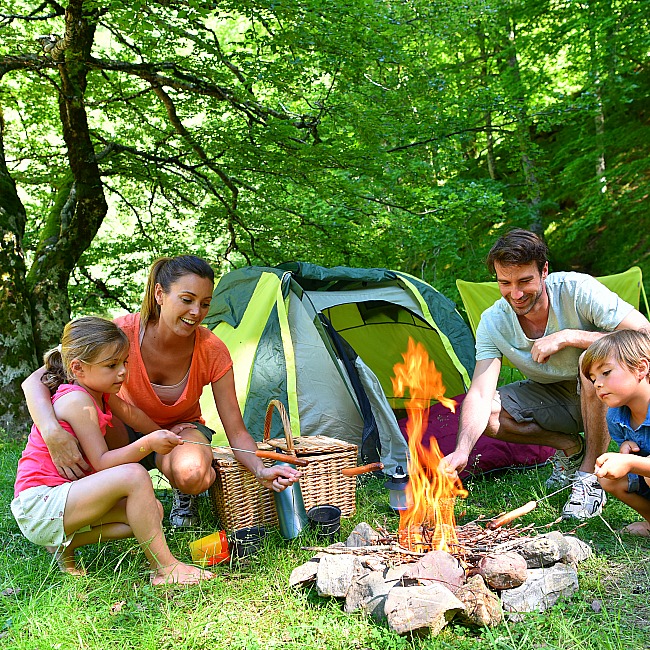 We would be amiss if we didn’t consider the classic campfire tradition of telling ghost stories. While perhaps not appropriate for younger kids, ghost stories don’t always have to be scary. You can also turn campfire stories in a game, where everyone goes around in a circle and continues a story a little bit at a time. 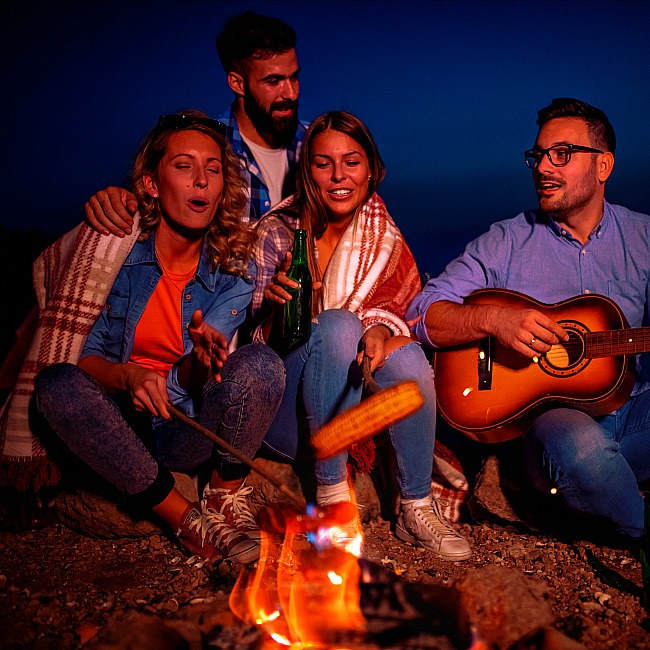 What are mummies good at? Usually just laying there, which we certainly shouldn’t complain about. In this game, one player starts as the explorer and walks around the campfire. If anybody moves, talks, or fidgets the explorer will tap them to get them out.

The fun of the game comes from the fact that once you are out you can try to make the other players laugh or fidget to get them out too. The last mummy standing is the winner and is the explorer during the next round.

These games are also incredibly versatile, allowing you to keep the fun going on longer. There is simply nothing like playing games with the crackle of a good campfire.

Check Out These Great Camping Resources Too!