Why You Should Absolutely Visit Yosemite In April

Here are some great reasons why you should visit Yosemite in April. Yosemite National Park is one of the most popular parks in the US… and April is a great month to visit!

Yosemite National Park is one of the most popular National Parks, and for good reason. Granite mountains rise up out of the valley to create jaw-dropping scenes. Powerful waterfalls spill over the cliffs, and the outdoor hiking and recreational opportunities in Yosemite are some of the best in the world.

So, should you visit Yosemite National Park at peak season in the summer or would a visit in April be better? We LOVE Yosemite in April. Read on to find out why! 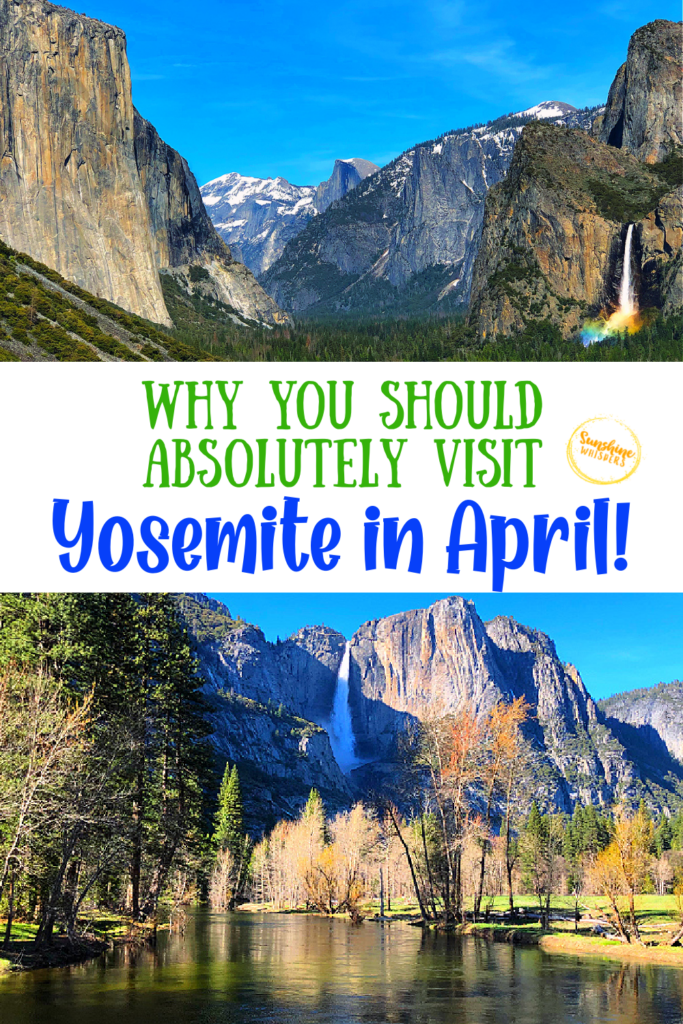 By mid to late April Spring is in full swing in Yosemite. The entire park is vibrant with color and that fresh Spring smell. Really, the park is so gorgous in April. The snow has probably largely melted in the Yosemite Valley. That means the Merced River is bursting and the waterfalls flow powerfully.

Not everything has opened up yet (see below), but by mid-to-late April access to the Mariposa Grove of Sequoias should be open, as well as Hetch Hetchy.

Also, by late April, the wildflowers will be bursting open too… and they put on a great show! Popular trails for wildflower viewing include Cook’s Meadow Loop in the Yosemite Valley and Wawona Meadow Loop in Hetch Hetchy.

If you want to see gorgeous waterfalls, Spring is defnitely the time to go. The Upper and Lower Yosemite Falls will be flowing strong, and Bridalveil Falls will be super powerful as well. Some of the iconic Yosemite waterfalls that will dry up by summer will also be visible like Ribbon Fall, Horsetail Fall, and Royal Arch Cascade. 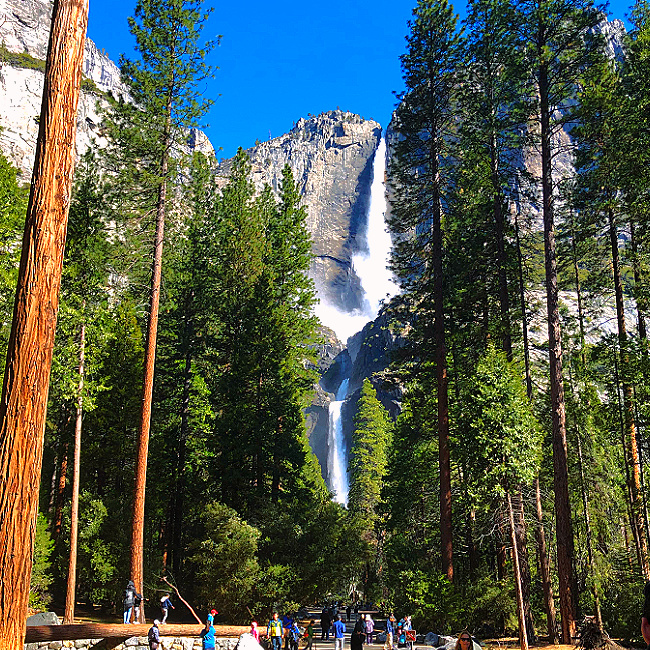 Why do these amazing waterfalls dry up? Quite simply because they are created by melting snow pack and they flow over a granite rock bed. That means that while they are flowing, they are super dramatic… but their annual appearance is fleeting. April is prime waterfall time! 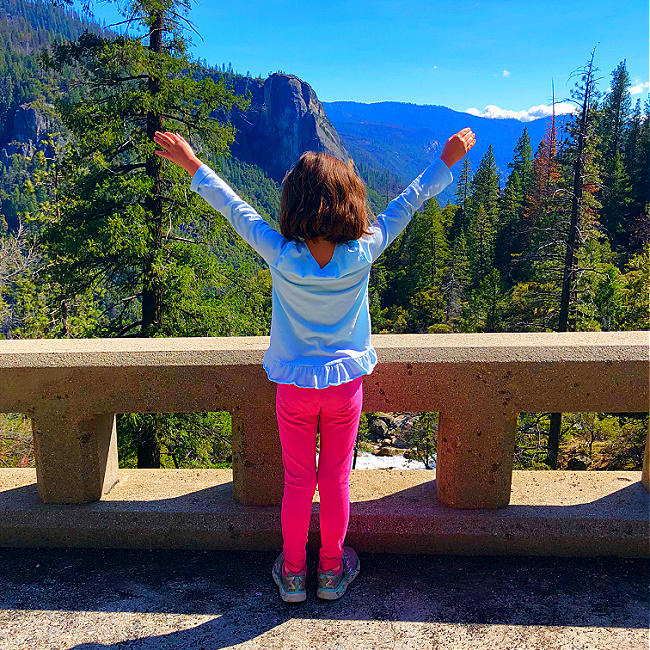 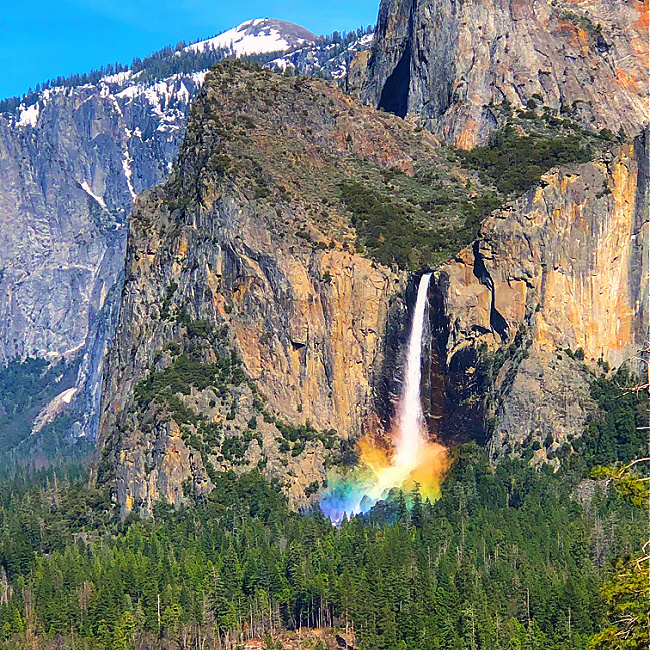 Yosemite is one of the most popular national parks, and with good reason. There are so many achingly gorgeous natural wonders to see, wildlife, and great outdoor adventures to suit many different activity levels. That also means that during the peak season (summer), it can get super crowded.. to the point that it might impact your overall enjoyment of the park. 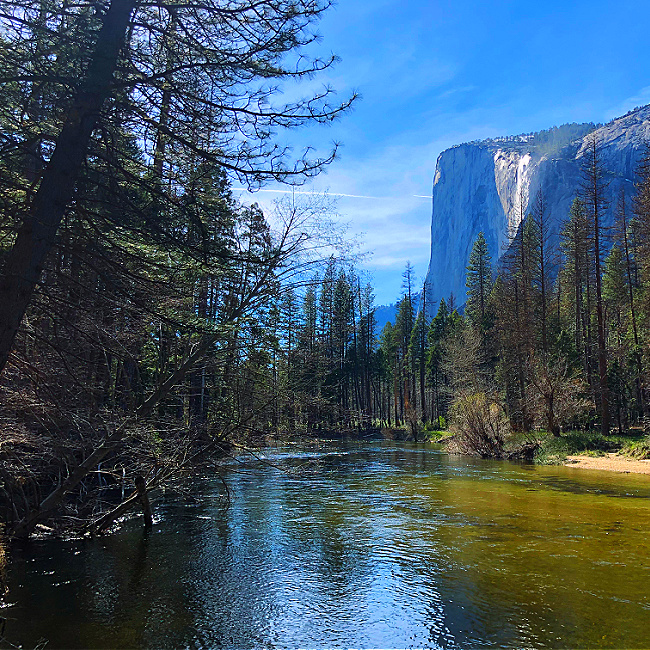 That is defintely not an issue in April. Even though April weekends can get somewhat busy, it will be nothing compared to the summer. During the week you will likely have lots of room and will be able to really slow down and enjoy the views.

Also, if you want to snag coveted reservations for the Yosemite Lodges or restaurants, you are much more likely to find availability in April vs. May-August. 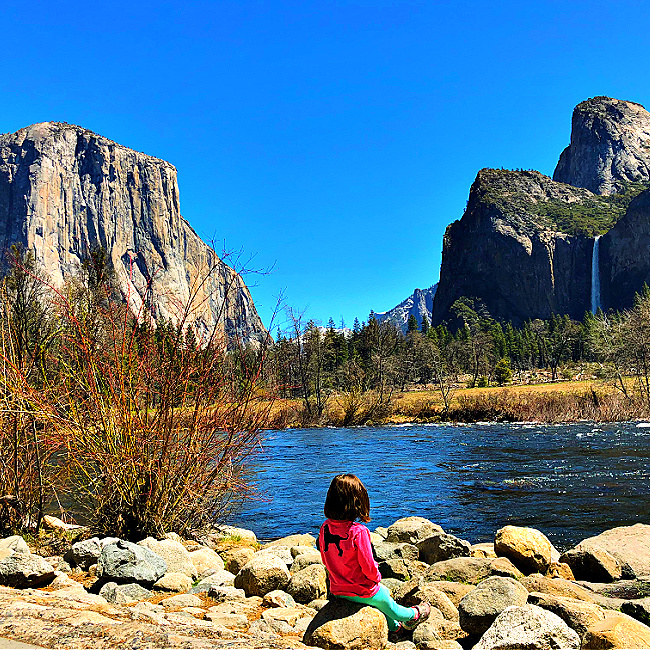 The weather is very temperate in April. Yes, there is still a chance of snow, but the average low temperature is 37, with an average high of 65. Typically it rains abot 6 days during April. But that means that overall the weather is very pleasant, not super humid.. and basically perfect.

When we visited in mid-April we were very comfortable with long sleeve shirts and light jackets. 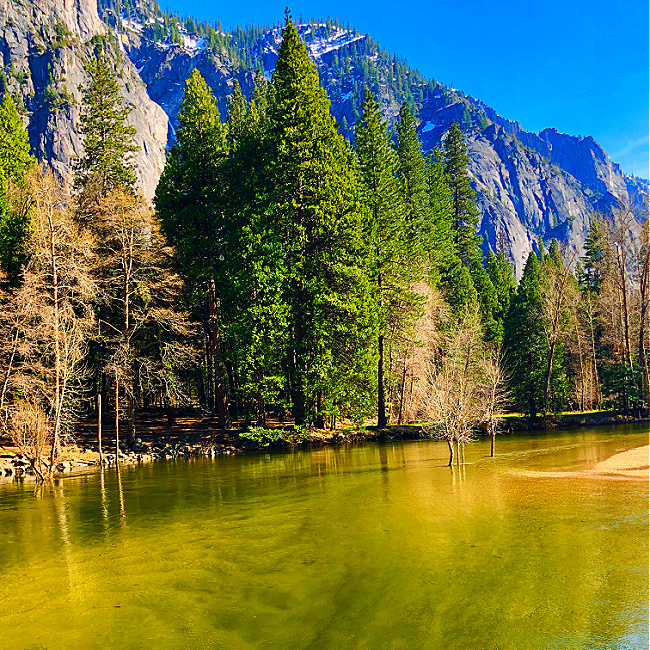 The only real downside to visiting in April is the snow pack typically means some of the more famous attractions might not be open or accessible yet. Tioga Road will not be open yet, which means you can’t drive or easily hike to Glacier Point. Nevada and Vernal Falls may also not be accessible until May as well.

Check Out These Tips For Visiting National Parks Too!