This week I will kick off a short Woman’s Bible Study Lesson series on lessons that can be drawn between faith and music. I hope you enjoy them!

The hall was silent. Everyone held their breathe in anticipation of what was about to take place. All eyes were on the conductor. The conductor surveyed the orchestra and raised his baton. At that moment, 150 musicians snapped to attention– ready to play– and waited for the downbeat. The concert was about to begin. For the next 60 minutes, the audience and musicians would participate in the shared joy of experiencing live orchestral music. The symphony would include rousing chorales, a lively waltz, a touching lullaby. At times the audience would have to strain to hear the soft melody of the flute. At other times, the audience would literally be lifted out of their seats by the rousing climax of the timpani and brass section, or the soaring, triumphant theme played by the violins. 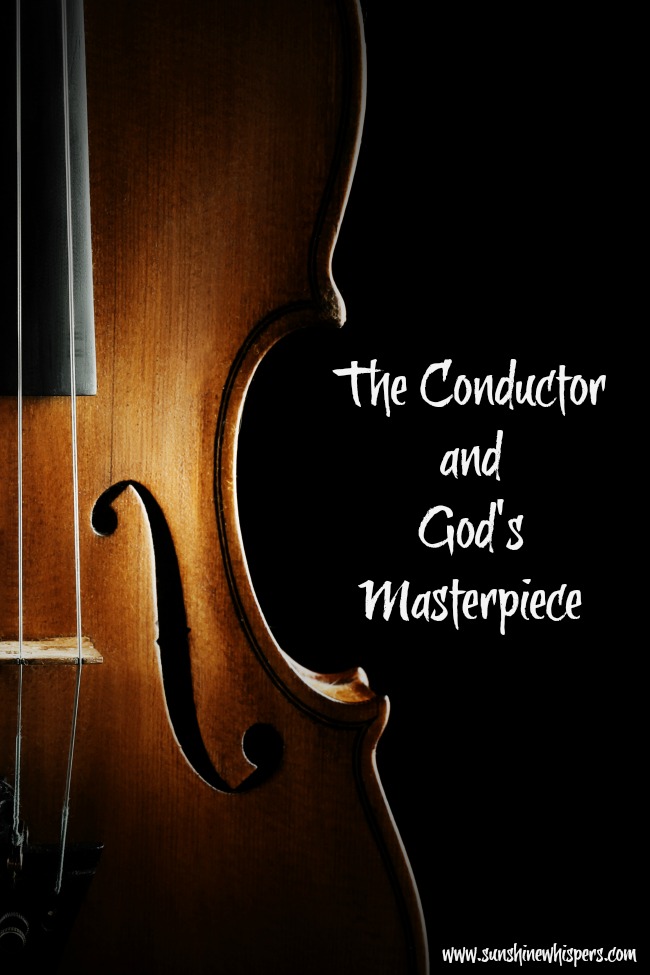 ‘All of you together are Christ’s body, and each of you is a part of it.’ ~I Corinthians 12:27 (New Living Translation)

Take a moment and think about the body of Christ– the church. Over the years many comparisons have been made between the body of Christ and an orchestra. The analogy is rich in similarities. Just as every member of the orchestra does their part, every Christian also has a part to play in the masterpiece that is the embodiment of the gospel message. For a moment though, let’s focus on some of the more subtle aspects of the analogy:

‘You have searched me, Lord, and you know me. You know when I sit and when I rise; you perceive my thoughts from afar. You discern my going out and my lying down; you are familiar with all my ways.’ ~Psalms 139: 1-3 (NIV)

‘fixing our eyes on Jesus, the author and perfecter of faith, who for the joy set before Him endured the cross, despising the shame, and has sat down at the right hand of the throne of God.’ Hebrews 12:2 (NASB) 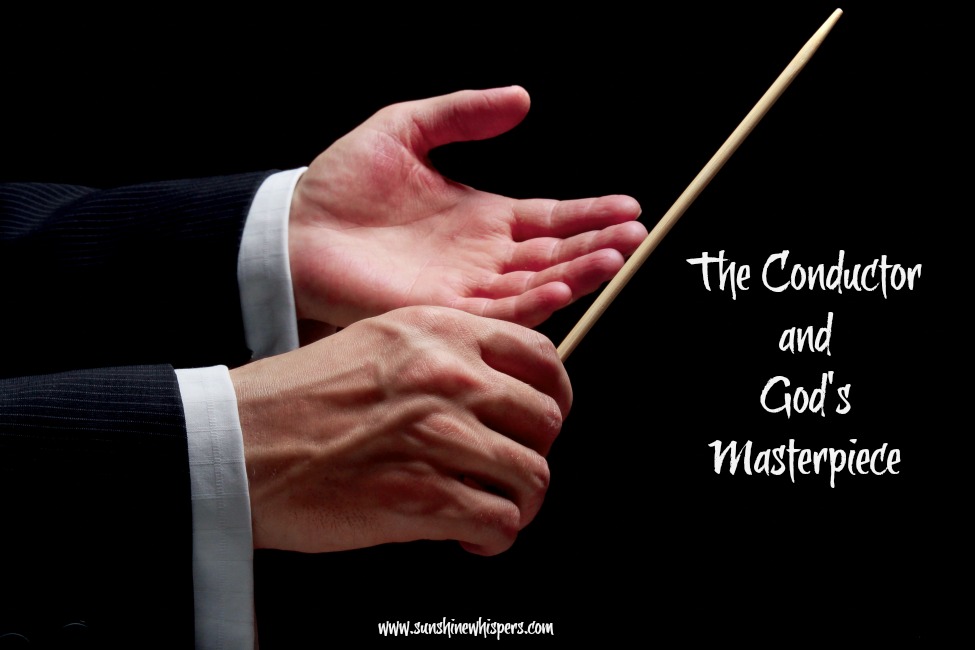 ‘For we are God’s masterpiece. He has created us anew in Christ Jesus, so we can do the good things he planned for us long ago.’
~ Ephesians 2:10 (New Living Translation)

Thanks for reading and join us next week when we talk more about the orchestra and how every musician has a vital role to play.

[…] Study Lesson series entitled, ‘The Symphony of God,’ by looking at how the role of a conductor in an orchestra is akin to Jesus. The conductor leads the orchestra and is intimately familiar both […]