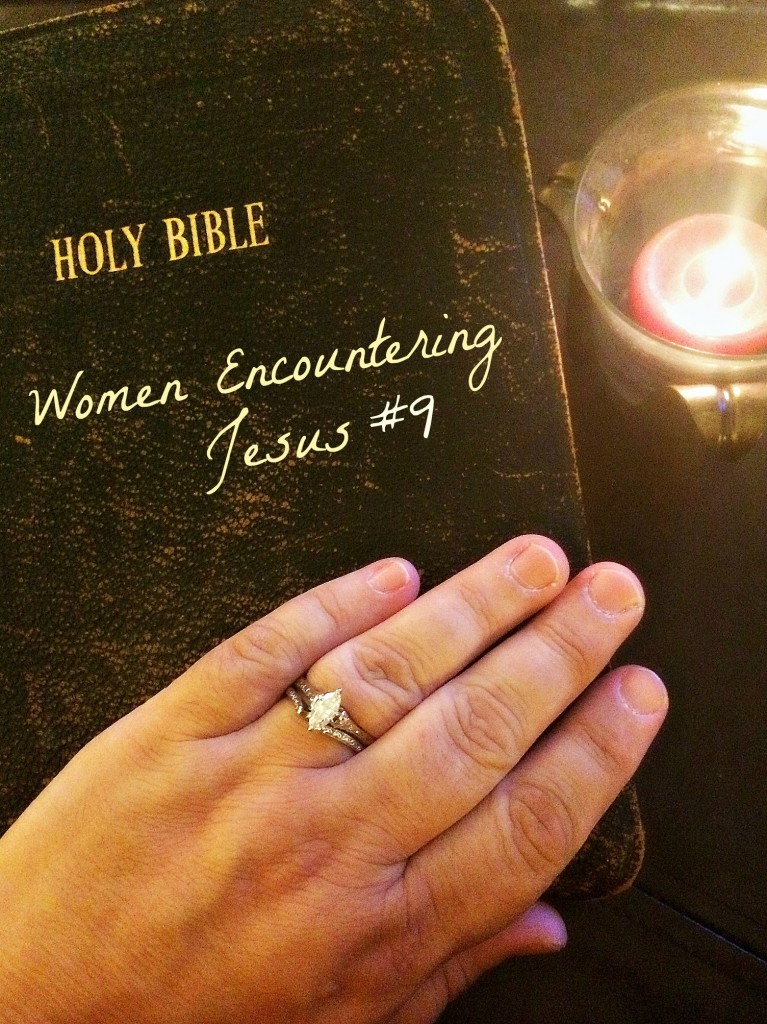 When I reflect on my childhood and everything that made an impact on me and how I view the world, the one person who is always at the top of the list is my Grammie. Lillian Newton, aka- Grammie (she was my grandmother, but everyone who knew her called her Grammie), was an amazing woman of God. Clearly, I know that God incarnate was Jesus. However, when I look to a personal flesh and blood example of how to live like Jesus, it is Grammie I am trying to emulate. Grammie was not flashy and she never drew attention to herself. However, just about everything she did was an act of service. Grammie taught classes, brought meals to people in need, visited sick people in the hospital and made social calls to shut-ins. She drove folks without cars to the doctor’s office.. or to run errands, well past when she probably should have been driving. Even though her hands were shaky, she had a letter of encouragement in the mail almost every day. Grammie lived with my family and she was always cooking something special for us, cleaning something, or just sitting down to listen to one of our stories after school. I can honestly say I have very few memories, if any, of Grammie doing something strictly for herself. Grammie was a servant, period. Through her service many many people experienced the love of Jesus.

I bet you know someone like that too, don’t you? Someone who always gives, never asks for anything in return? Someone who will never receive an earthly reward or recognition, whose name will never make headlines. Someone who ‘stores up treasures in heaven’ with every act of kindness they do for others.

I think Luke 8:1-3 gives a sneak peek into a group of women, who at their core, had this servant heart. These are the women who followed (literally) Jesus during his ministry.

“Soon afterward Jesus began a tour of the nearby towns and villages, preaching and announcing the Good News about the Kingdom of God. He took his twelve disciples with him, 2 along with some women who had been cured of evil spirits and diseases. Among them were Mary Magdalene, from whom he had cast out seven demons; 3 Joanna, the wife of Chuza, Herod’s business manager; Susanna; and many others who were contributing from their own resources to support Jesus and his disciples.” (New Living Translation)

– They had been healed of some sort of ailment,
– They provided financial support Jesus and his disciples,
– They were firsthand witnesses to Jesus’ ministry.

These women saw a need and met it. They did what needed doing. If these women were contributing to the needs of at least 13 men, they were probably somewhat well-off. However, this would not have been an insignificant offering. These women were generous. I imagine that if they were following Jesus and his disciples throughout Jesus’ ministry, it stands to reason that they provided many other forms of support as well.
– Cooking meals,
– Washing and mending clothes,
– Taking care of the disciples if they became sick,
– Ministering to other followers of Jesus who came to hear him teach,
– Providing moral support for the ministry,
– Doing anything else that needed to be done.

These women represented a blank check of service. They were there for Jesus and they were most likely there for the long haul. Mark 15:41 talks about a mostly nameless group of women, who had cared for Jesus when he was in Galilee, and who were now at the foot of the Cross, witnessing the crucifixion of Jesus. There is no way to know for sure, but I bet that these women were the same women who had served Jesus since the early days of his ministry. They were dedicated followers of Jesus. They loved Jesus and showed it both through their dedication to him (notice Mark doesn’t say that there was a group of male disciple present at the Cross) and through their countless acts of service.

Women, by nature, want to help others. We want to do something, anything. Maybe it is motherhood that changes us. Maybe it is how we are culturally conditioned.

Then again, maybe it is Jesus who transforms us, who pricks our hearts for service. Jesus clearly pricked the hearts of these women. I believe Jesus transformed the life of my Grammie (although, there are rumors that she was like this her entire life… maybe she just had lots of practice living like Jesus). Can you be a servant apart from a relationship with God? Sure you can. However, women (and men for that matter) who allow themselves to be transformed by Jesus’ love tend to make very powerful advertisements for how the power of Jesus’ love can dramatically impact not only the life of the one serving, but the lives of many others as well.

So, how can you serve today?

[…] these articles! Where is Jesus When Your Life is Wrecked? The Woman at the Well Draws Living Water The Servant Heart of a Woman Bound by Demons, then Freed by Jesus! The Woman Who Impressed God Mary Lets Go Being the Mommy of […]

Grammie lives on in so many hearts. Thanks for this writing.

Jesus was a powerful example of the God we serve. How wonderful when others, mere humans, can also reflect our Lord in a powerful way. Thank you for remembering Grammie.