14 Equipment Free Outdoor Games Your Kids Will Go Crazy For!

Some of my fondest childhood memories were playing games outside with friends after school, or during summer camp. The simplest games were always the most fun too!

You don’t need fancy equipment, or even a ball, to play some of the most fun outdoor games for kids. These 14 games can be played pretty much anywhere and none of them require a stitch of equipment.

Even better, getting outside and playing games like these games improves health, gets kids away from screens, promotes social skills, improves attention span, and super charges creativity! 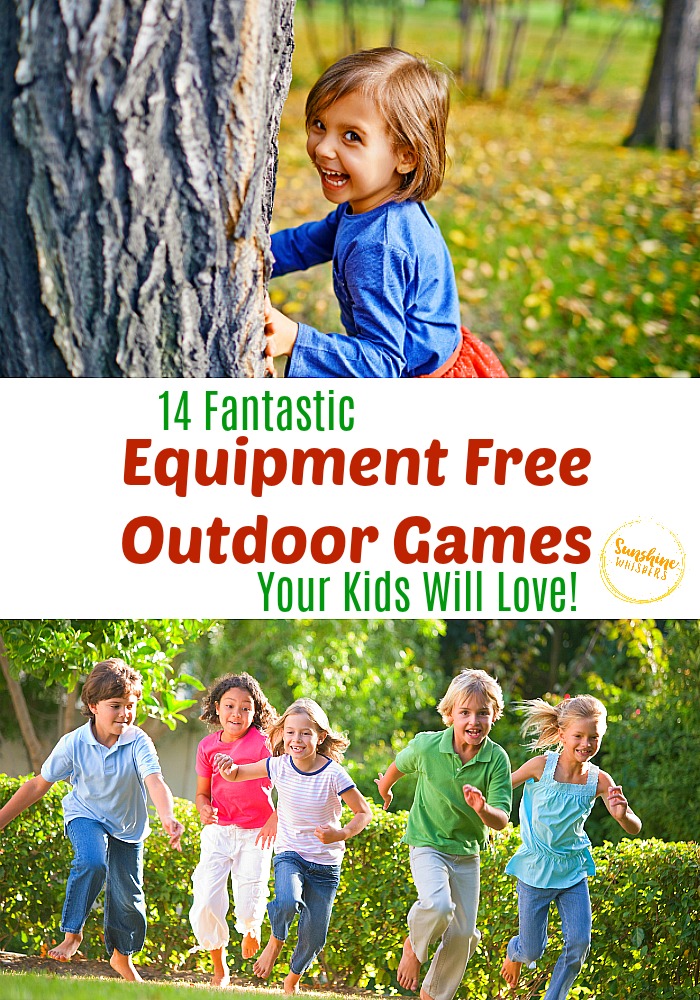 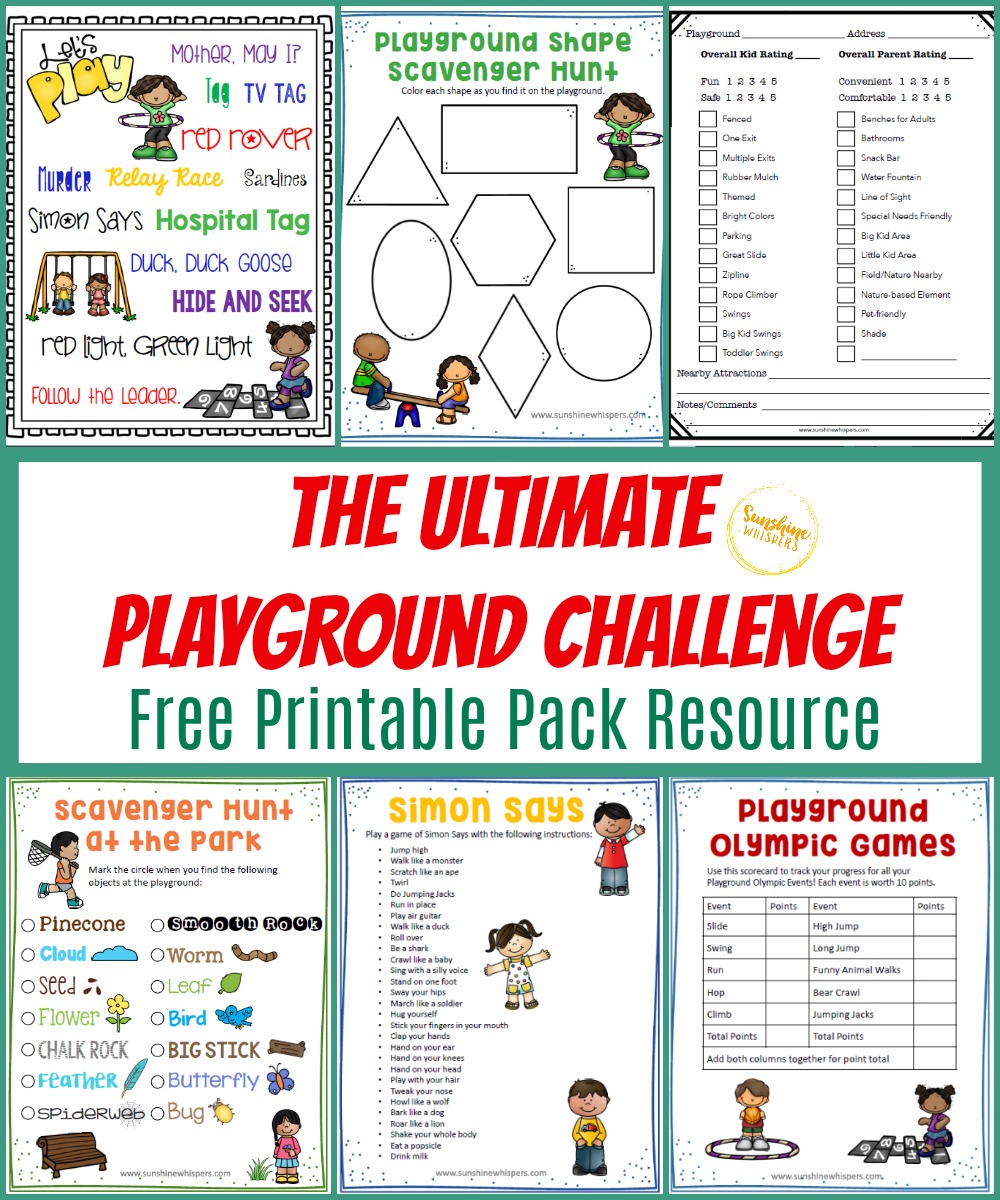 There are a number of ways to play this game but the basic premise is super easy. One player (kid or adult) is ‘Mother.’ The other players have to stand behind a designated start line, a fair distance from ‘Mother.’

Here are the ways it can play out from here:

The first player to reach Mother wins (and is usually Mother for the next round of play)!

Super easy concept. One person is ‘it.’ Everyone else is not ‘it.’ The person who is ‘it’ chases everyone else and whoever gets tagged (touched) becomes ‘it.’ This game can spoil quickly without a few ground rules though. 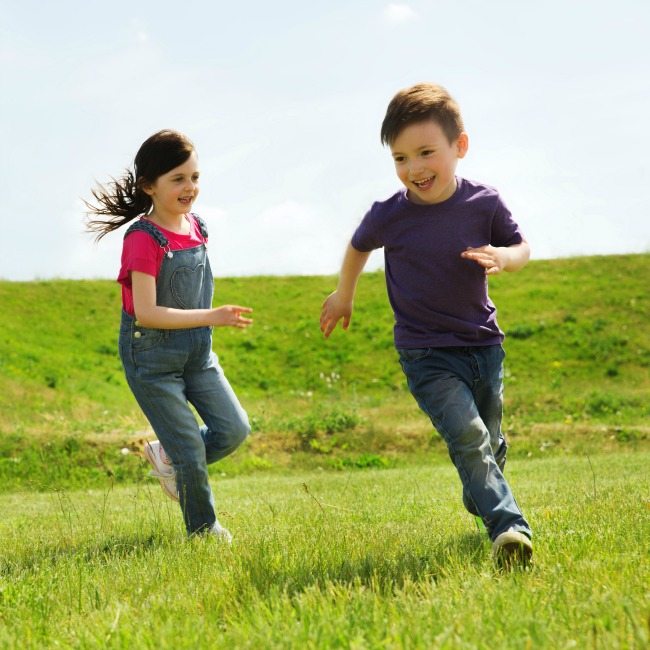 TV Tag is a fun version of Tag. You could also do ‘movie tag,’ or ‘cartoon character tag,’ or whatever theme you like. The point is that kids have to be creative in coming up with answers. This is a great form of unstructured brainstorming!

Basically, to avoid being tagged, you have to shout out a TV show when ‘it’ gets close. Here is the catch though… players can’t use the same TV show twice. So, if someone already shouted ‘Paw Patrol,’ that show is off the table until the next round.

Another super fun version of Tag. This might actually be my favorite one. Here are the rules and how it differs from regular Tag:

This would be a great game to play with a larger group of kids. Note: adult supervision is definitely recommended so that kids don’t get carried away and hurt each other. 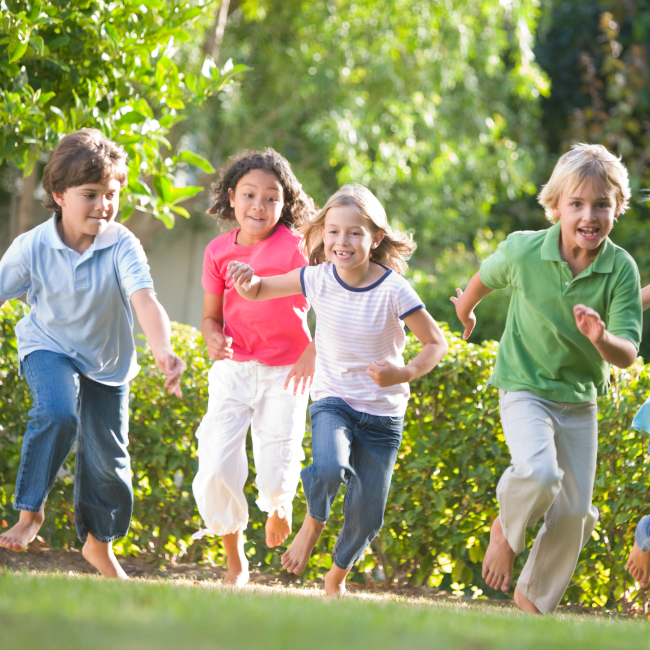 Here is how you play:

There are two versions of this super fun game: Wink Murder and Murder Handshake. You probably need at least 6 kids to play this game, but it is a super easy game to play and loads of fun!

Here is how you play it: 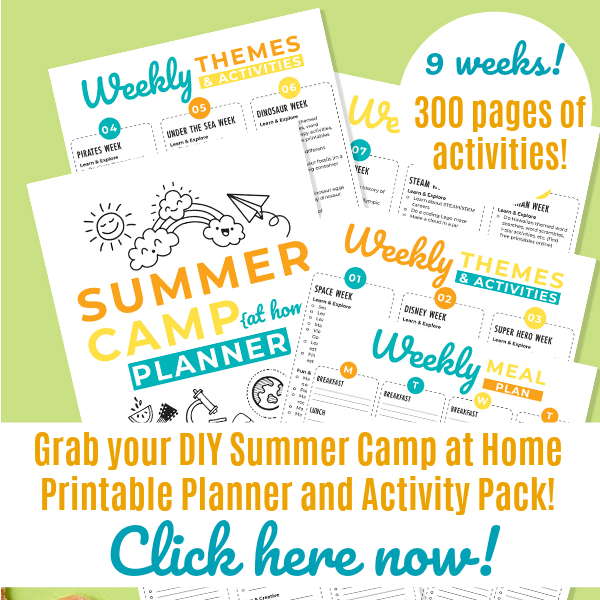 This is a classic outdoor game that is great for larger groups. Of course, if you have props use them.. but you don’t need any equipment to have a great game!

You don’t have to stick with just running either.

Here are some other Relay Race ideas:

Another classic kid’s game! The basic premise is that one player is ‘it.’ It closes their eyes and counts to a predetermined number (100 is a good baseline for outdoor play). When they finish counting, their job is to find everyone hiding. As they find the other players, those players are out. The last player to be found is the winner of that round.

Related: These scavenger hunts would be great for a playground play date too!

Need fun games and activities to do with your kids at home? Check out this massive activity and game printable bundle!

Sardines is Hide and Seek in reverse. In this game, ‘it’ hides and all the other players try to find ‘it.’ Once a player finds ‘it,’ they silently hide together until everyone is hiding and only one person remains. The last player standing becomes ‘it’ in the next round of play!

This is a game that can be played with as little as 3 players. One player takes the role of Simon and gives the other players instructions for things to do (see the photo below for some examples). Here is the trick though. Simon has to preface the instructions by saying ‘Simon Says,’ or the instruction is not valid.

Players are eliminated from the game if they either a) fail to do what Simon says or b) act out an instruction that isn’t prefaced by ‘Simon says.’

This game is great for kids of all ages and can get really challenging the faster Simon gives the instructions. The last person to be eliminated is the winner. If 2 players remain and they are eliminated at the same time, Simon is the winner. 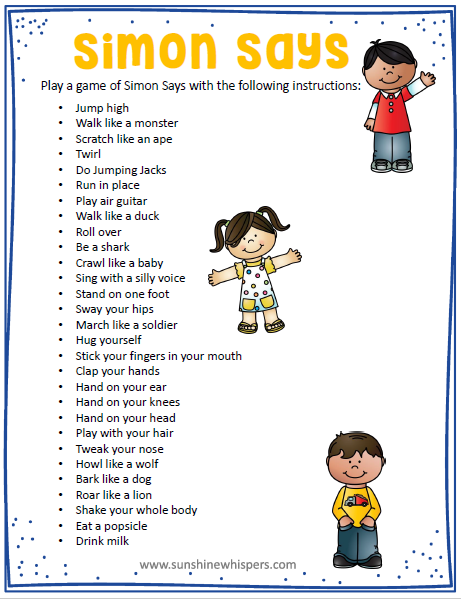 Another classic game for kids. This game is actually great for even young kids (as long as they can run).

Here is how you play:

Related: Use this Playground Scorecard to keep track of all the playgrounds you try out!

This game is so simple and so much fun! I remember playing it at the bus stop when I was a kid. 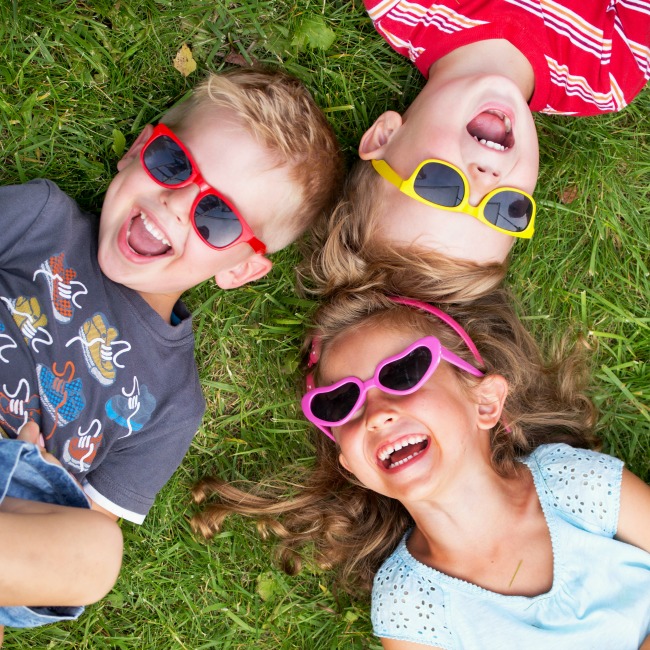 The leader is chosen to be the head of the line. All the rest of the players line up behind the leader. The leader moves around the field of play doing various actions (flapping arms, marching, spinning, etc…). The rest of the line must mimic what the leader does. Anyone who doesn’t is out.

The last player to remain in line with the leader is leader for the next round.

Non-Competitive alternative: Another version of this game is just to have the leader move around and do various actions that the followers have to mimic. But instead of players getting out, they just try their best. After a few minutes the next player in line becomes the leader and the leader rejoins the line. This continues until every kid has a chance to be the leader.

This is a great game that you can play with your kids, even if there is only 1 kid! Basically, you are trying to earn as many points possible. Mom and Dad can figure out what the prize is (ice cream anyone?!!) and kids do the activities to earn points. 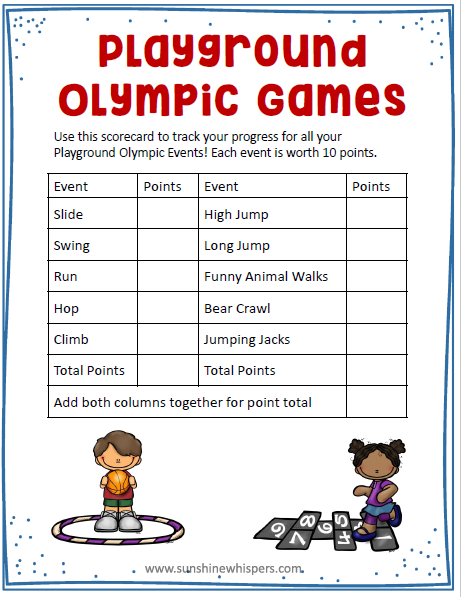 Speaking of contests, why not have a family challenge to see how many playgrounds you can discover and play at this year!

To help you out, I created this awesome Playground Challenge Printable Pack. It is FREE for subscribers. If you want to download all 6 of these super cute printables, just click the photo below, sign up and you are on your way to loads of family fun! 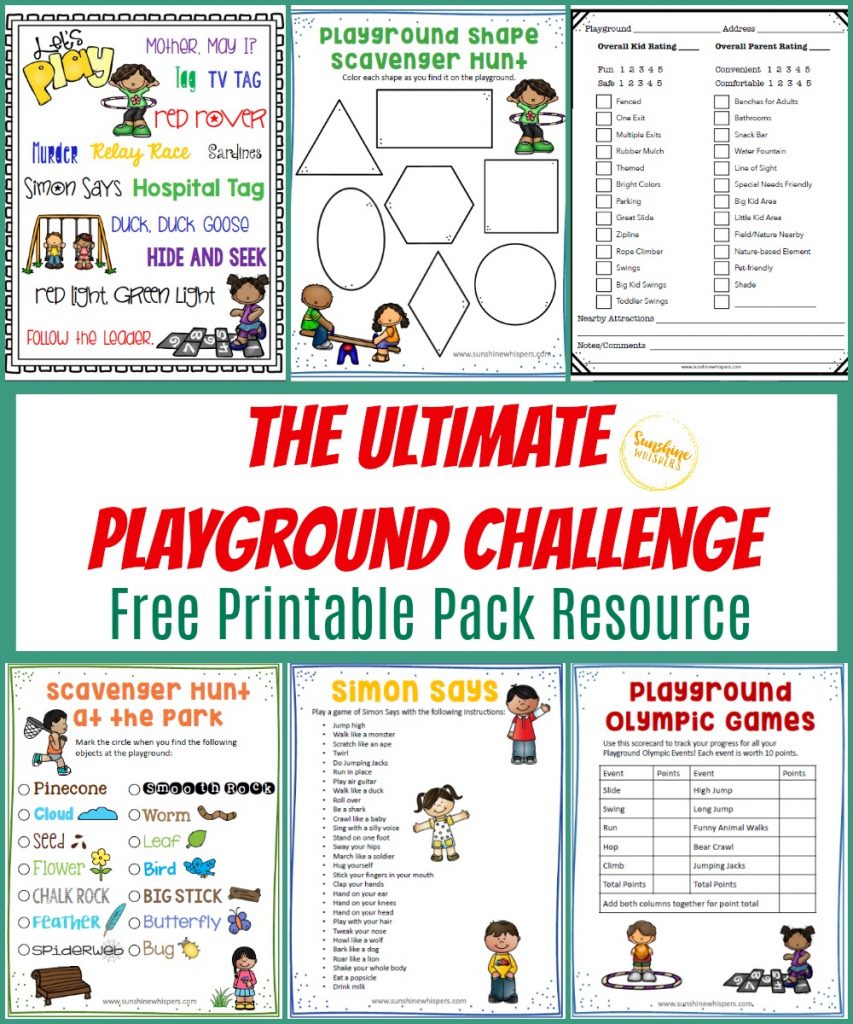