I always knew there was something wrong with me. Ever since I hit puberty, my body was just ‘off.’ It started when my brother made fun of my ‘mustache’ and my Mom valiantly tried to help by taking me to get electrolysis. Ouch! Then there was the abject horror I experienced in junior high school when I realized that all the other girls had nice, smooth legs… and my legs looked as hairy as an ape. Shaving didn’t matter that much because by the end of the day I would always end up with the female version of the ‘5 o’clock shadow,’ or the ‘mono-brow.’ These were the first signs that I suffered from a condition called Polycystic Ovarian Syndrome (PCOS), but they were hardly the last. 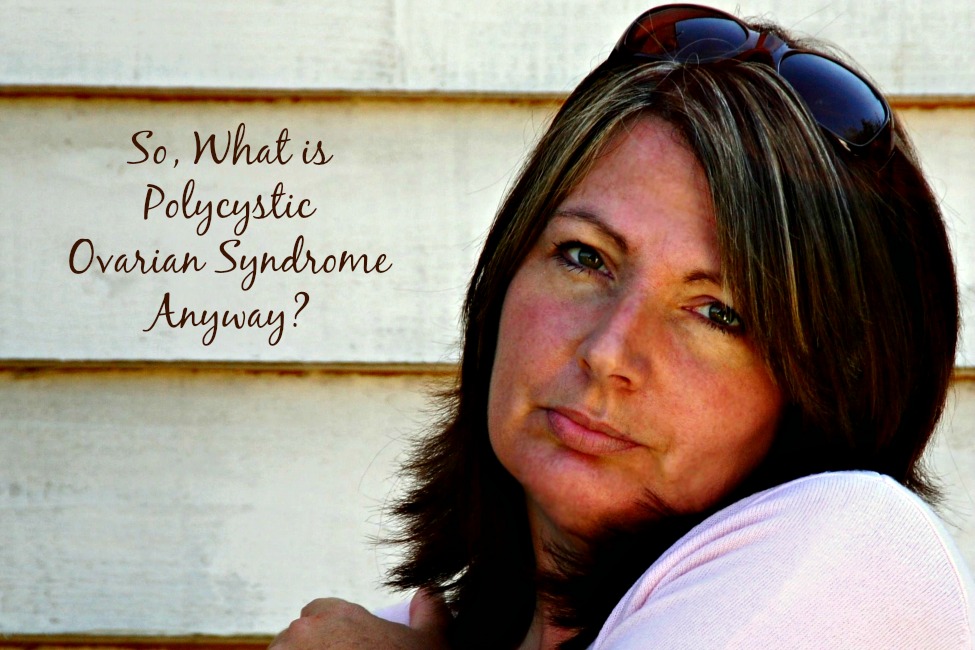 As puberty progressed the troubling symptoms started piling up.

It was the infertility issue that finally resulted in answers. A few blood tests and a vaginal ultrasound later, and the diagnosis was confirmed… Polycystic Ovarian Syndrome.

So, What is Polycystic Ovarian Syndrome Anyway?

Here are some fast facts about PCOS:

Do you think you might suffer from PCOS? Here are some of the common symptoms:

What do you do now?

If you have a number of these symptoms, you may have PCOS (I suffer from almost all of them). If you think you suffer from PCOS, how do you deal with it?

Well, the first thing you need to do is consult your ob-gyn doctor. Your doctor can order blood tests that measure your level of male hormones and other PCOS markers. If you are trying to get pregnant, your ob-gyn can also prescribe medicines like clomid that can stimulate ovulation.

If you are already approaching an ‘advanced maternal age’ (35 and older), you may want to research fertility clinics, which specialize in fertility issues that result from PCOS.

If you are already overweight or obese, or if you have been told you are insulin resistant and/or pre-diabetic, you will want to schedule an appointment with an endocrinologist who can help you manage the non-fertility related symptoms and complications of PCOS.

In the meantime, I would like to recommend two books that I have found to be excellent resources (affiliate links included for your convenience):

Finally, if you suffer from PCOS, please know that you did nothing to contract this disorder. It is an endocrine disorder that you inherited. Additionally, if you know there is a reason for feeling like your body is out of control, that knowledge can help you gain some control.. and you will feel a lot better.

Check in next week to find out more about how PCOS affects fertility.

In the meantime, thanks so much for reading!
Sara

*Disclaimer: I am not a doctor. This post should not be viewed as medical advice so much as my personal experience as someone who suffers from PCOS. If you suspect you may have PCOS, please seek the advice and treatment of a medical professional. Thanks!

In Over Your Head: How to Completely Fail at Self Care

[…] we were hopeful. I was hopeful that the endocrinologist had an answer for my PCOS-fueled barrenness. It was easy to get my hopes up. Every other day, a trip to the clinic for testing and […]

[…] medicine. It caused a little cramping, but nothing worse than cramping I had experienced with PCOS.  However, after a hearty breakfast Monday morning, the hospital decided to rock my world— […]

Female "secrets"often hold us bondage. Thank you, Sara, for being so openly honest and revealing of a bodily problem that affects so many of us. Perhaps your openness will help many who may feel ashamed or guilty for NO reason.