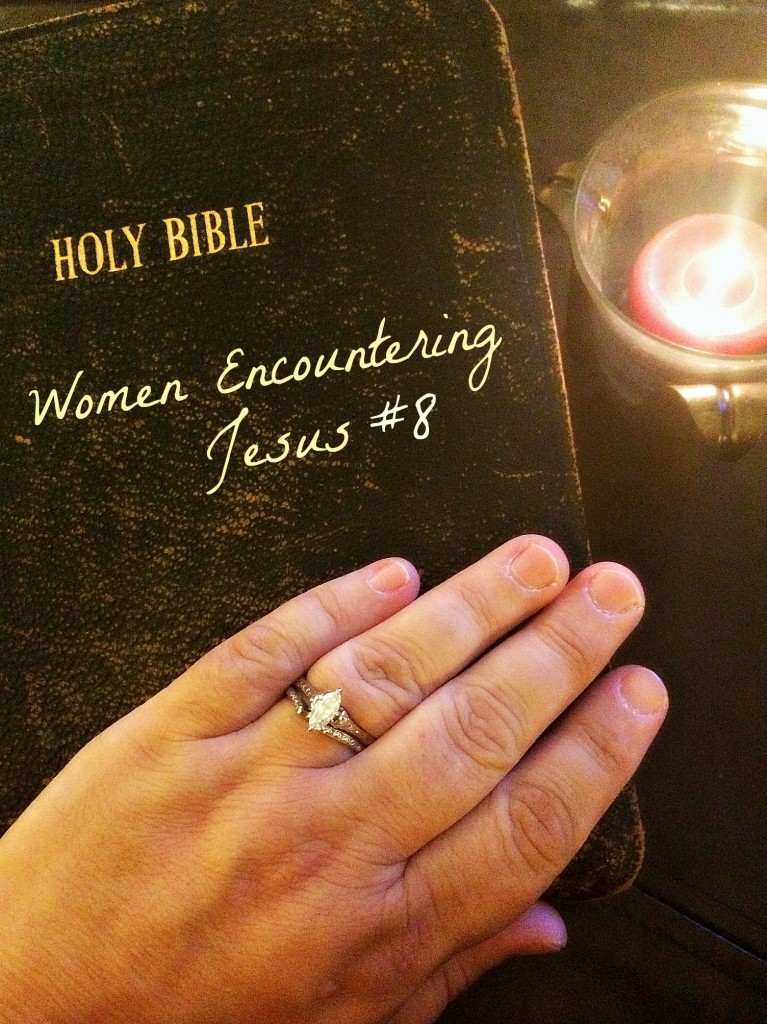 Have you ever felt spiritually lost? Have you ever found yourself at the bottom of a pit, desperately seeking a way out, but not feeling worthy to accept the hand outstretched to help you? Well, I have great news for you! It doesn’t matter what you have done, or how pathetic or unworthy you believe your life to be. You will never be beyond the reach of the powerful touch of Jesus.

You see, Jesus specializes in transforming people living desperate lives into people living joy-filled lives of meaning and purpose. It is difficult to find a better example of this than the life of Mary Magdalene.

We first encounter Mary Magdalene in Luke 8:1-2. This was early in Jesus’ ministry and Luke explains that as Jesus ‘traveled about from one town and village to another, proclaiming the good news of the kingdom of God,’ there were a number of women who traveled with him, including ‘Mary (called Magdalene), from whom seven demons had come out.’

There isn’t a lot of information about Mary’s life before Jesus cast demons out of her, but throughout the New Testament, there are snapshots of what it was like to be demon-possessed. People who were demon-possessed:

We don’t know Mary Magdalene’s exact manifestation but we do know that she most likely lived in a dark, deranged, and desperate existence. We know that she probably experienced deep pain and brokenness before Jesus gave her a new life and a new beginning. Mary Magdalene knew Jesus, her Savior’s, power in a very personal way and her life is a study in radical extremes: She has bound by demons, and then freed from those demons by Jesus.

Demon-possession is a difficult concept for my 21st century mind to grasp. Clearly, we are not controlled by Satan like Mary Magdalene was. However, I still feel like I can relate, can’t you? I mean, there have been times in my life where the pull of sin seemed like something I could not control. Almost like I stumbled into the tractor beam of sin and despite my best efforts, I continued to make the same mistakes. During these times, my prayers have been desperate pleas, asking God to take the temptation away, show me the way out of the pit. I have felt bound by demons (at least metaphorically) and the only way to be free of them, was and continues to be through the redemptive power of God’s love and grace.

That Jesus cares enough about us to reach down and personally extend a helping hand out of the pit is very comforting and very liberating.

I love the way Isaiah 43:1b puts it- “Do not fear, for I have redeemed you; I have summoned you by name; you are mine.” By name! Jesus summons us by name and he did the same for Mary Magdalene when he cast the seven demons out of her. So, sometime, very early in Jesus’ ministry, he freed Mary Magdalene and in return Mary Magdalene decided to literally follow Jesus throughout his ministry.

Mary Magdalene is actually mentioned numerous times throughout the gospels, and in nine of those instances, she is mentioned with other women. In eight of those nine times, she is the first woman mentioned. Why is this important? Well, in the New Testament times, over 50% of all Jewish women were named either Mary or Salome. To single Mary Magdalene out like this is a clear indication that she was a woman of prominence. That she was named first most likely means that she was the leader of all the women who followed Jesus during his ministry. That is a pretty significant fact. This woman, who probably a few months before was a deranged outcast, had quickly become a leadership figure in Jesus’ inner circle.

Mary Magdalene bore witness to the death and burial of Jesus.

Imagine for a moment, what Mary Magdalene must have felt as the entrance to the tomb was sealed. What must she have felt the entire day of the crucifixion? Chances are that Mary Magdalene saw the beatings, the mock trial, the carrying of the cross. Maybe she saw the nails being pounded into Jesus’ hands and feet. After Jesus died, Mary Magdalene would have experienced the intense darkness, felt the earth shudder. I wonder if it reminded her of when she lived in intense darkness, before Jesus rescued her. I wonder if she once again felt desperate.

Regardless of the emotions Mary may have been feeling, what Mary and the other women did was utterly remarkable. After Jesus was placed in the tomb, it was time for Sabbath. There was nothing anyone could do… or was there? Mary and the other women observed the Sabbath. They prayed and prepared spices and perfumes to anoint Jesus’ body (Luke 23:56). These women were grieving but they still did what had to be done. That must have been a really long Sabbath… full of unanswered questions, a profound sense of loss, maybe feelings of futility? However, Mary and the other women put aside their grief and found a way to honor Jesus, even in his death.

Then, at literally the first possible moment after Sabbath was over, Mary Magdalene and Mary, the mother of Jesus, rushed to Jesus’ tomb. After discovering the tomb was empty, they raced back to tell Peter and John. At this point, each gospel gives an account of what happened next. However, I would like to focus on John’s account in John 20:1-18. In verse 10, John reveals that after seeing the empty tomb, he and Peter left, leaving Mary Magdalene alone and crying.

And then something amazing happened. Mary Magdalene, after answering a question from the angels, turned around to see Jesus.. only she didn’t realize it was him. The first person Jesus revealed himself to after resurrecting from the dead was… a woman. Not only that, he first revealed himself to a woman who a few years earlier had been a desperate, pathetic, outcast. Wow. He could have revealed himself to Peter.. to John. However, he purposefully waited until they left so he could give this amazing gift to Mary Magdalene! Not only that, the first word spoken by the risen Savior was— Woman.

You see, at a time when women were second class citizens, not taken seriously, certainly not held in high regard, Jesus elevated women. Jesus honored women. He respected women. Jesus appointed women. This encounter with Mary Magdalene should not be surprising. Remember, the first person to whom he revealed himself as God was the Samaritan woman at the well.

Mary Magdalene, probably more than any one person, witnessed the personal power of Jesus. She was healed by him, taught by him, witnessed many miracles, bore witness to his death and burial, and then… had a front row seat to the empty tomb and resurrection. Mary Magdalene witnessed it all! It is not surprise really because there is clear evidence that Mary loved Jesus with all  her heart, soul, mind, and strength.

Mary Magdalene enjoyed a personal, ongoing relationship with Jesus and the fact that Jesus chose her, out of all of his followers, gives me hope that regardless of the mess I have made of my life, Jesus will always be there to help lift me out of the pit I am in and help me to shine. In the calculus of who Jesus values, our past does not determine our future.

It doesn’t matter how sordid your past was, or even how messy your present is— Jesus can transform the mess of your life into a life full of purpose, meaning, and joy.

Just like with Mary Magdalene, Jesus heals us, invites us to follow him, and then calls us to bear witness to the world of the amazing power of his love and redemption.

Now that sounds like an invitation worth responding to, doesn’t it?

Thanks for reading! I would love to hear your thoughts!