One year ago today, a great man of God was called home to be with the Lord. Michael Ray was 49 years old and the preaching minister of the church I attend. In honor of the anniversary of his death, I would like to take a few moments to talk about the impact that both he, and a few other ministers, had on my life. Of course, Mike is not the only minister who has profoundly impacted my life. Each of the following men has shaped my spiritual growth in very significant ways. I am far from a completed work (aren’t we all?), but God has worked in my life through each of these men. Each of them has pushed me one step closer to God. 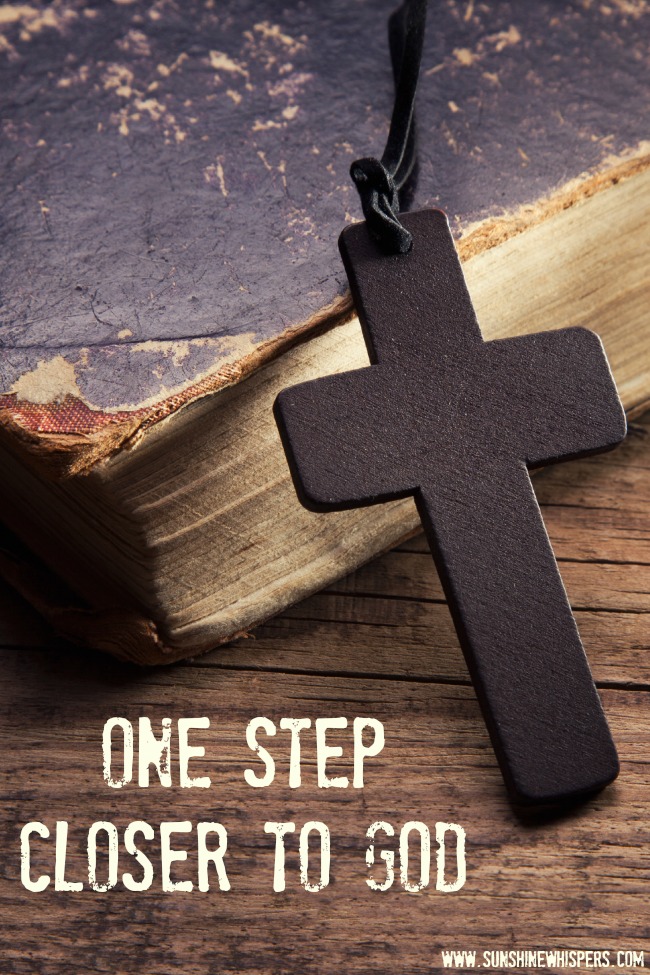 My Dad is a walking testament to the notion that the entire trajectory of your life can change with one fateful (or faithful) decision. How could he possibly have known that when a petite young woman from Tomball, TX appeared in his English class one wintery day, his life would be radically changed. All he knew was that it was love at first sight. Never mind that my Mom had moved to Albany, NY with my grandparents in order to plant a church. Never mind that my Mom would only see Dad socially– if he accompanied her to church services. He willingly obliged, and in the process fell in love.. not just with my Mom, but also with God. It was this latter love that drove him to make faithful after faithful decision.

There was the time Dad gave up a good paying job at General Electric in order to go to preaching school and become a minister. I have many many memories of Dad sitting at his desk, pouring over Bible commentaries, studying, praying, preparing for another class, another study, another sermon. I have many more memories of him teaching, preaching, and serving. 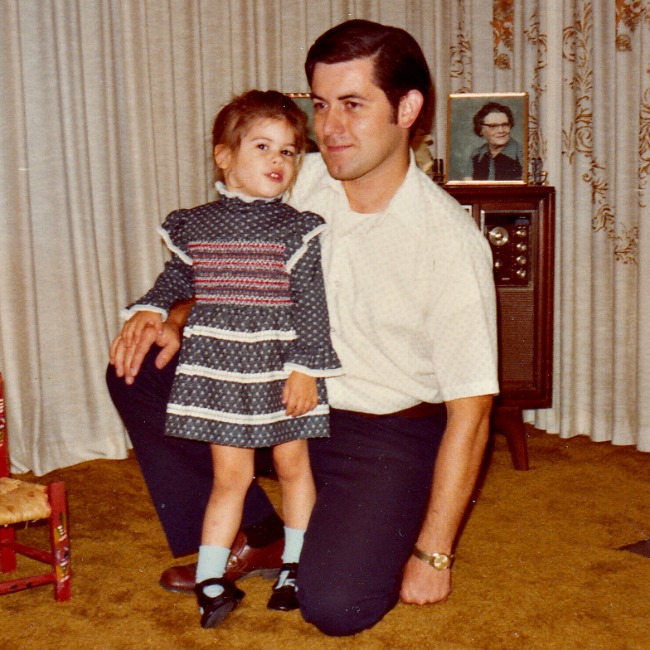 There was the time Dad (and Mom) decided to start a house church in our home town.

There was the time when Dad (and Mom) prayerfully decided to take a huge leap of faith and spend close to 5 years as missionaries in post-Communist Bulgaria.

I love my Dad so much. However, it was these types of decisions that probably had the most profound impact on my spiritual growth and development. It was more than that though– My Dad has always shown a passion for sharing the gospel message. He really did fall in love with God at age 16, and God has worked through him to reach a countless number of people who would have otherwise never heard the good news. The lessons of faith I learned and experienced firsthand via my parents has many times acted as my own spiritual compass, my spiritual center of gravity. My Dad’s acts of faith have become my personal barometer of the kind of sacrifice I should also be willing to make for my faith.

I was fortunate enough to attend Harding University, a private Christian liberal arts school in Searcy, Arkansas. I know I am probably revealing how much of a nerd I am at this point– but in my humble opinion, one of the best things about attending Harding was that students were (and still are) required to take a Bible class every semester. There were scads of phenomenal Bible professors and scholars to learn from. Two professors stood out for me though:

Dr. Cox had just returned from spending 10 years in Kenya as a missionary. It was his first semester to officially teach at Harding and I took his Missionary Anthropology class. I don’t remember now if I signed up for the class because I had heard him speak, or because I was interested in anthropology (probably both). However, this one class challenged me more than just about any spiritual education before or since. It was here that I was first introduced to the concept of issues of salvation vs. issues of tradition. It was in this class that I was challenged not to look at everything though the lens of a middle-class, white, churched, preacher’s kid. Monte Cox consistently made me think of spiritual concepts from other perspectives.. particularly the cross-cultural perspective. I guess you could say he advocated spiritual critical thinking skills. Regardless, the lessons I learned in that class and subsequent classes have stayed with me for over 20 years. (I took every class he offered. If he had taught a class on how to make mud, I would have signed up immediately. He was that good.)

I suppose a lot of folks have heard about Jimmy Allen. He is what you might call a ‘fire and brimstone’ preacher. I guess there is that side to him. The impact he had on my life though had little to do with his pulpit ministry. Dr. Allen taught a phenomenal and hugely popular class on Romans. Now, I will admit that of all the books in the Bible, any study of Romans would probably be phenomenal and hugely popular regardless of the instructor. However, Jimmy Allen taught with such authority, such passion… that your faith would be forever altered for having submitted to his rigorous class. To me, Romans perfectly demonstrates how the word of God, and especially the word of God applied to your life, is very much living, active, and sharper than any two-edged sword.

Apart from the great classes he taught, Jimmy Allen profoundly impacted my life because of two discrete instances where I got to see his attitude of grace in action. This ‘fire and brimstone’ preacher taught me more about grace than just about anyone else at Harding. The first instance involved my brother. My parents and little sister had just moved to Bulgaria, and my brother was going through a ‘hard time.’ He was on the outs with the university and given that my parents were thousands of miles away, this was a very tumultuous time for both of us. (I must clarify that this was in a time before webmail, cell phones, etc… I know, I lived in the dark ages. Ha!) More than anyone else at Harding, Jimmy Allen reached out to my brother and offered guidance, mentoring, and perspective. I am very grateful for that.

The second instance of grace I encountered was another very personal and sensitive time for many students at Harding. A student had recently died from an apparent suicide. I knew this young man because I had been a camp counselor with him the summer before. Death is never an easy concept to navigate. Death by suicide is even more difficult. Instead of roundly condemning him, Jimmy Allen expertly explained how salvation by grace through faith (a very central theme in Romans, interestingly enough) meant that believers, who are covered by grace, would not be judged by a final act of sinful desperation. It was very comforting and helped me and many others process and grieve this death.

And then there is Michael Ray. My husband and I had the distinct privilege of learning from Mike’s sermons and Bible classes for almost 8 years. When we moved to Maryland from Hawaii we were both spiritually fragile. My husband was a spiritual baby, having only become a Christian a few years earlier. He was the very definition of an ‘un-churched’ Christian. After almost a decade serving in the armed forces, I was spiritually fragile as well. (Not that there is a direct correlation between military service and weak faith.. there just was for me.) So, we limped into the Laurel Church of Christ and Mike’s weekly sermons felt to me like a Mom spoon-feeding her sick child chicken noodle soup. I desperately needed the spiritual nourishment that Mike was preaching (of course, who doesn’t need the gospel message, right?). 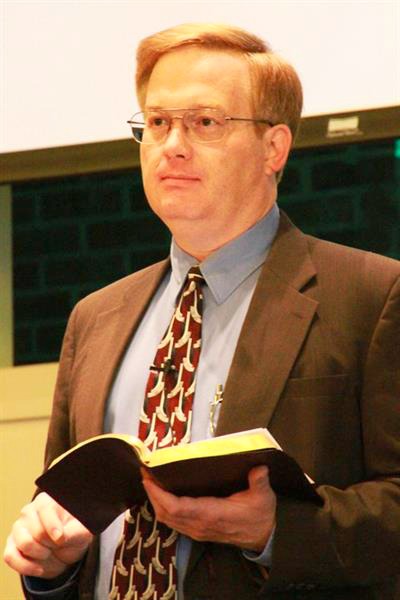 However, it wasn’t just what Mike said, but how he said it. I am convinced that God worked powerful works through Michael Ray. Mike expertly preached grace over legalism without preaching a grace that absolves responsibility and throws all rules out the window. Mike consistently preached the unity of believers in which unity in Christ was more important than the racial, ethnic, political, or socio-economic factors that so often divide Christians. Additionally, he also preached a unity in Christ that allowed Christians to interpret and apply scripture differently, as long as there was agreement on core spiritual principles. It was refreshing. It was powerful. Mike’s preaching strengthened me. God used Michael Ray to help transform my pathetic excuse for a spiritual life into what I hope and pray is now a healthy and active faith that is bearing fruit.

Seriously, I could go on. It is often said that a person’s legacy is not known until they are gone. I think everyone who worshipped at Laurel was aware of Mike’s impact.. of the powerful ways in which God worked through him- Financial Peace, Praise and Harmony, outreach, life groups, church growth and strategic planning. These are all areas Mike pushed and promoted while he served as the pulpit minister at Laurel.

In the 8 years from when our family placed membership at the Laurel Church of Christ until Mike’s passing last year, the congregation more than doubled in size. Read that again. At a time when churches are shuttering doors at an alarming rate, the Laurel Church of Christ more than doubled in size! Granted, there were a myriad of factors that contributed to the growth. However, I firmly believe that God used Michael Ray to water a field that was ripe for harvest. 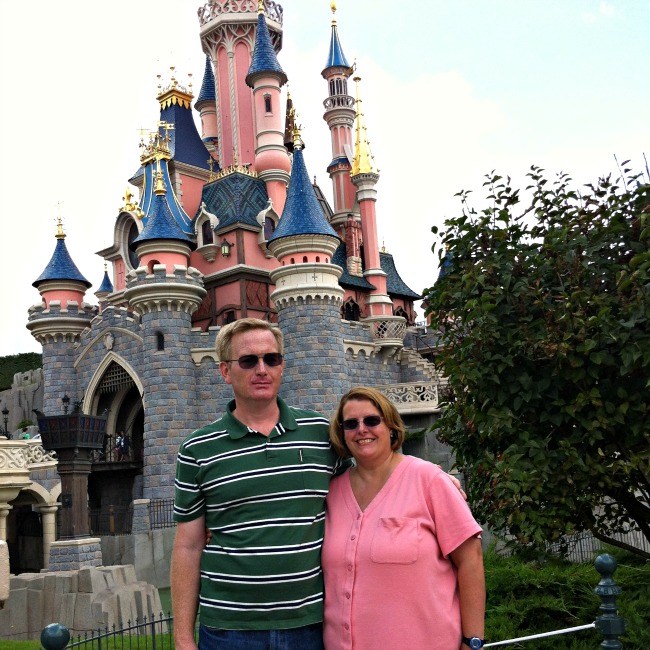 It is hard to grasp why Mike returned from a 25-year anniversary trip of a lifetime to discover he had stage IV cancer. It is hard to fathom why God would allow such a powerful advocate and effective servant to die less than 9 months later. However, to borrow the lyrics of a song that is one of my favorites.. and one that was often quoted by Mike in his sermons (lyrics by Matt Redman, performed by Keith Lancaster Praise and Harmony):

Every blessing You pour out
I’ll turn back to praise
When the darkness closes in, Lord
Still I will say

So, Michael Ray— I can’t even begin to measure the impact you had on my life and on the life of my family. Really, it was God working through you. You were His vessel… but wow, you were such an amazing vessel. Thank you for every sermon, every class, every time you pushed us– you pushed me, to take one step closer to God and to His church. You are missed. You are loved. May you continue to rest in peace, in the bosom of the Lord.

Top
35shares
We use cookies to ensure that we give you the best experience on our website. If you continue to use this site we will assume that you are happy with it.OkRead more