The woman who washed Jesus’ feet with her tears and hair is a powerful example of what extravagant worship is, and a vivid reminder of the value Jesus places on all people, not just ‘acceptable’ people. Come join me in this week’s Women Encountering Jesus: Extravagant Worship Bible study lesson. 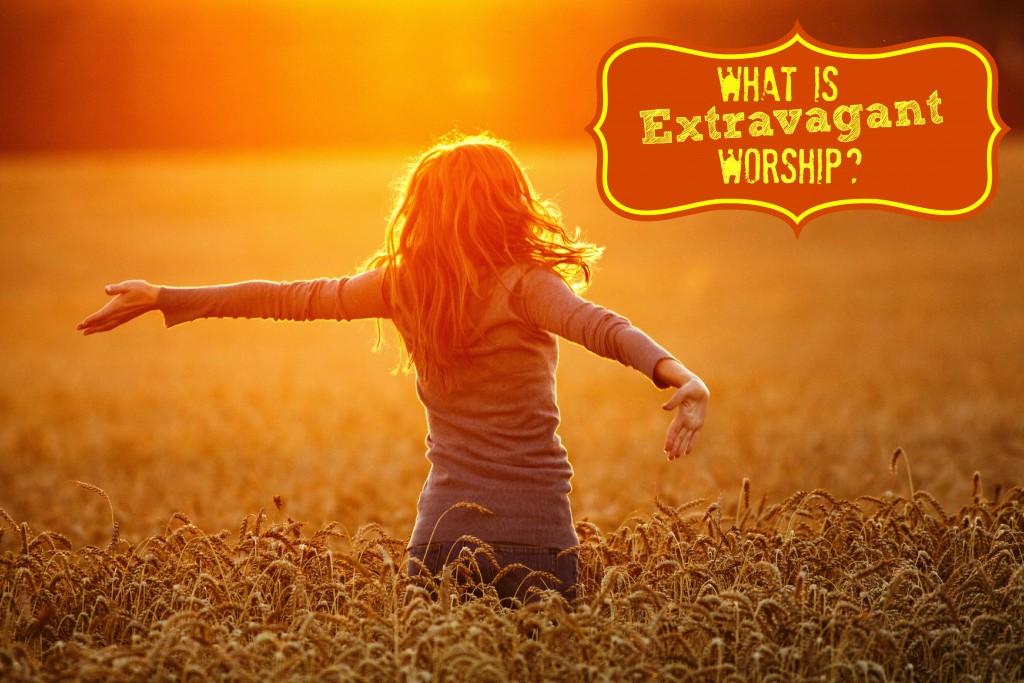 As she stood behind him at his feet weeping, she began to wet his feet with her tears. Then she wiped them with her hair, kissed them, and poured perfume on them. ~Luke 7:38 (NIV)

She wasn’t supposed to be there. Usually this woman kept to herself, but not because she didn’t want to be around people. She didn’t want the stares, the whispers, the condemning eyes.

After all, she was not acceptable. She was notorious. She knew she had to change, but change is ever so hard. Still, she needed to be there… she needed Him.

She didn’t mean to cause a scene. Honestly, her plan was to just come to the banquet and linger in the back with the rest of the crowd, observe Jesus from afar, hopefully get a chance to meet him, and give him her gift. Maybe she hoped that brief encounter would be enough to jump start her resolve, enough to make it right. However, when she arrived there was already quite a crowd. This was an important man’s home and there was great anticipation that the leftovers from the banquet would be plentiful.

She couldn’t even see Jesus, but she had to see him. She needed to see Him. So, she elbowed her way to the front. When she emerged from the crowd, she just froze. There he was. All of a sudden she went numb and a lump caught in her throat. No one was talking with him, even though he was the guest of honor. There were a lot of important men at this banquet.

She thought to herself, “Just give him your gift and go. Quick and quiet. Just do it and do it now before anyone notices you are here.” Then, she took out the small alabaster jar and walked to the banquet table.

The plan unraveled before her eyes. She was not prepared for this… this, emotion. Raw, intense emotion. She was in the presence of God! This man was her Savior! She just stood there, weeping. She could not move. She could not speak. All she could do was cry– ugly cry– snot running down her face, dry heaving, blotchy skinned, blubbery crying…

So much for quick and quiet. She had just caused a spectacle. She looked up and saw them. The men. The important men from the town. Oh yeah, she knew them. She was quite certain they did not want her here. No matter… she didn’t come for them. She came to worship Jesus.

Then she knelt down, let out her hair, and cleaned Jesus’ feet– his filthy, stinky feet, with her tears and hair. Those men didn’t matter. Jesus is the only one who mattered. This woman was just overjoyed at being in the presence of the one person who could transform her wrecked life and give it true meaning and purpose.

She was here to worship Jesus.. and worship she did. She caressed Jesus’ feet, kissing him over and over again, and then she opened that alabaster jar and poured out the expensive perfume inside as one final, extravagant act of worship. It was her sweet smelling aroma of sacrifice to God.

And you know what? She succeeded! Without saying a word, this woman’s worship was so extravagant, so breathtaking, so tender… it was scandalous. This woman made a complete idiot of herself in order to honor the one man who would never use her or reject her.

And Jesus didn’t reject her. He didn’t brush her away or rebuke her as being unacceptable or inappropriate.

Despite her reputation, despite the ‘repugnance’ of her sin, Jesus gave this woman dignity. Jesus saw her.

Jesus forgave this woman… this sinful wreck of a woman. However, Jesus rebuked the host– a pious and important religious man. 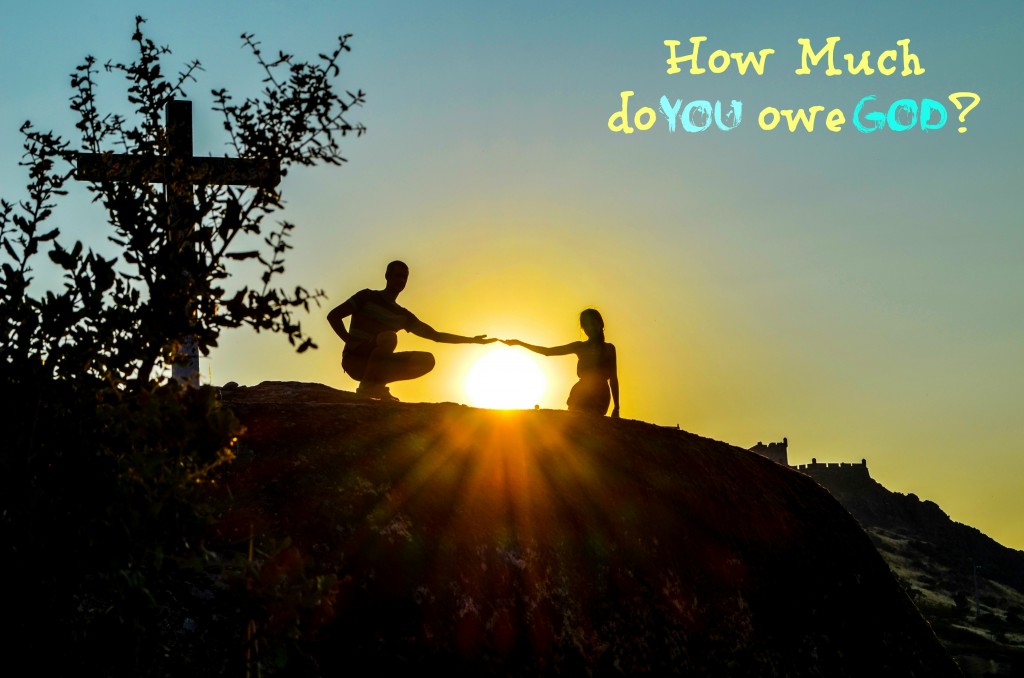 What does this mean for us?

I mean, we have our faults, but all sin is relative, right?

So, let me ask you this:

The thing is, whatever your debt is, you will never be able to pay it… and that is the awesome thing about the Gospel.

God has come to forgive debt!

This woman came to Jesus, possibly thinking she would give him something in order to curry favor. However, when she encountered Jesus, it became clear that she already had favor with him. It was clear that Jesus already loved her. So, she gave, not to curry his favor, but as her response to his unconditional love for her.

So, what about you? What will be your response to Jesus’ love?

What is your alabaster jar?