I didn’t mean to write this review a few days after everyone else in the world published their reviews of Disney’s live action The Lion King remake, but I am a Mom, and it’s the summer, and time just got away from me. I am kind of glad I waited though because my review, as a Mom, might differ from the average review.

I guess most critics panned The Lion King as devoid of emotion and heavy on CGI. If you are a parent reading this, you might be wondering if you should take your kids. I will tell you unequivocally that my 6-year old daughter absolutely loved it! I suspect many kids will absolutely love it. 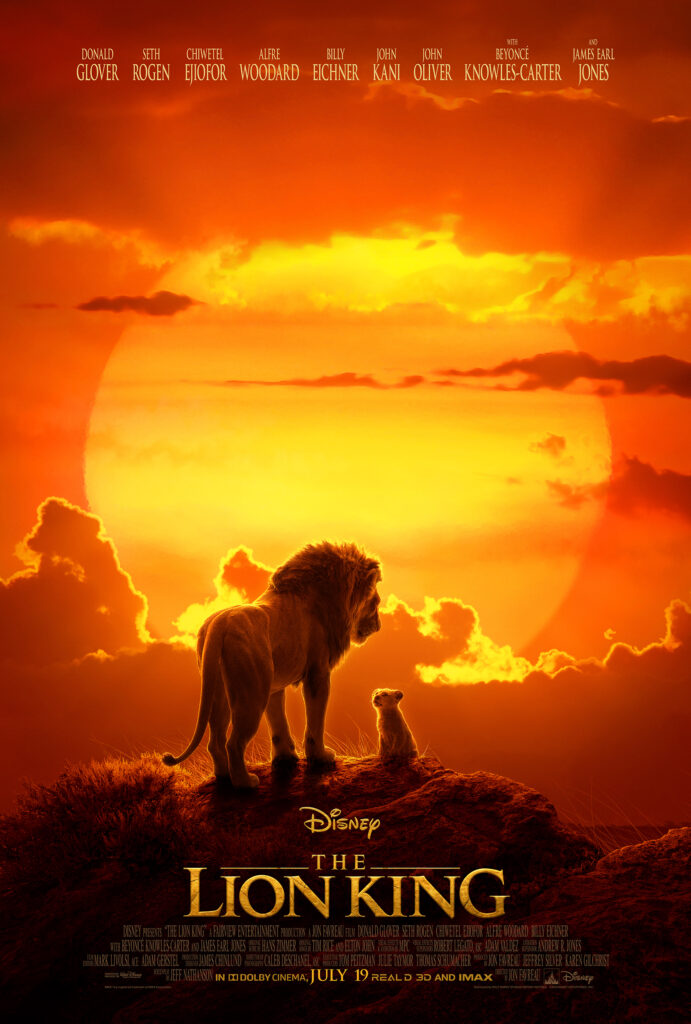 The Circle of Life

The opening scene is honestly pure magic. We have watched the animated Lion King many times and Jon Favreau did an awesome thing by sticking very closely to the original, albeit with CGI quasi-real animals instead of animated cartoons. It’s one thing to see animated ants shaking on a leaf, another thing completely to see a resemblance of actually ants shaking with the elephants and zebras marching below. 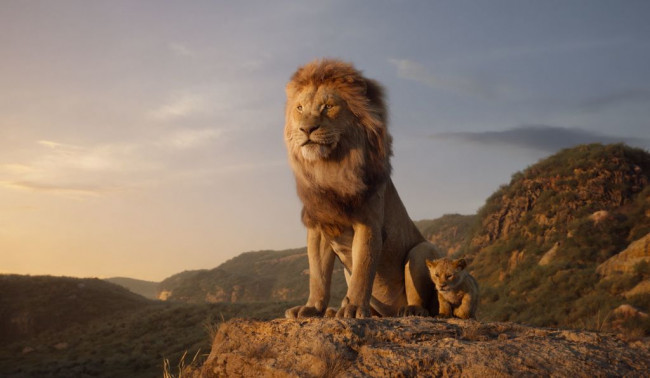 And the landscape effects are spectacular. Trust me– you will want to see this movie on the largest IMAX screen you can easily drive to because by the end of the opening scene, where Simba is anointed by Rafiki, you will want to stand up and clap. It is so inspiring.

But what about the animals?

I have to admit, I am not a movie connoisseur and I definitely don’t know the nuance between real and CGI real. I have read conflicting reports about the animals being all CGI or part CGI/part real, or inspired by real. I have no idea. Clearly they weren’t real because they talked. but the effect was enough that my skeptical 6 year old was satisfied that they could be real.  I guess that is what Disney was going for.

Here is the deal though, and this is why The Lion King is getting clobbered in reviews. Real animals don’t have the ability to make human facial expressions. And.. facial expressions are one of the biggest ways to express and feel emotion.

Does it matter? Well.. yes… and no. I will not lie– the lack of facial expressions will probably bother parents, particularly parents who grew up with the original. It’s hard to to adequately portray embarrassment, or sarcasm, or pride in an animal’s face.

I have no idea if this is something the creators could have done, or if they deliberately decided not to. I bet your kids won’t care though.

But aren’t the realistic animals scenes too scary for kids?

Meh. I don’t think so.. and this is why. The scarier scenes came off more like an intense episode of Planet Earth, rather than a back-stabbing plot to destroy the king or a fight to the death. In the animated version of The Lion King, there are a few terrifying scenes for younger kids– most notably when Scar recruits the hyenas to join his insurrection, and when Mufasa is killed by the stampede.

In the ‘live action’ version of The Lion King Scar’s dark scheming is truncated to a few lines (and there aren’t those menacing shadows on the walls of the canyon). The stampede is still intense, but it didn’t seem to be on the grand scale portrayed in the animated version. Mufasa rescues Simba in exactly the same way in both films. Scar kills Mufasa in the same way too.. and  Simba mourns his Dad. Scene for scene the two versions are exactly the same. But, without the look of evil in Scar’s eyes, the look of horror on Mufasa’s face, or the sheer terror written over every inch of Simba, the scene is sad, but not scary.

I expected my daughter to bury her face in my shoulder during a few of the scenes… she never did. Not even once (and this is the same girl who was incredibly scared at the opening of Aladdin).

For the most part, the live action remake of The Lion King is painstakingly faithful to the original. There are a few notable differences though. I don’t want to spoil the movie for you so I won’t spill the details here. I will just say an important scene with Rafiki is inexplicably left out. I say inexplicably because another scene is given wayyyyyy too much extra time. You will notice the missing scene. Trust me. It’s kind of a big one.

The addition is pretty spectacular though.. and clever. Because, even if the creators of the remake could make animals have emotional expressions, there are still limits. One of the best iconic scenes had to change.. and the result is pretty hilarious.

Did I love The Lion King remake as an adult? Yes. Yes I did. I thought it was really pretty fun. Sure, there were some things I noticed that were lacking compared to the original. However, there are a few key scenes (like the opener) that the remake gets right.. and there is no way the original animated version could ever replicate. Maybe that means I am not a great judge of movies or I am too easily pleased. That’s ok… we still loved it. 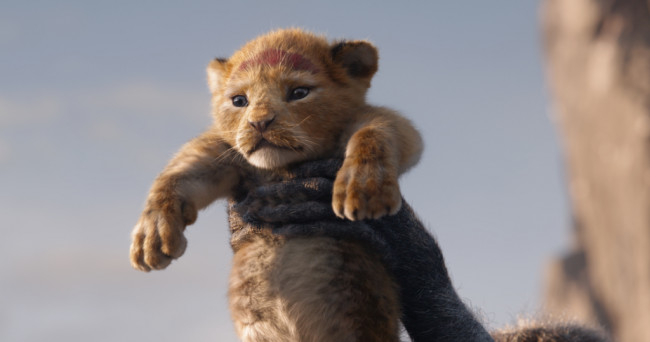 And my daughter, who honestly is the biggest reason I go to movies like this, loved it. I asked her afterwards what she thought and she jumped up and down shouting ‘It was amazing!!!!’ For the record she claimed to like it more than Aladdin and Toy Story 4. Of course, she probably just said that because it was the most recent movie she had seen. But then, movies for kids (and I would put The Lion King in that category) aren’t supposed to hit critical acclaim. They are made for the acclaim of kids, Moms, and Dads.. and with that measure, I think families would really love the Disney remake of The Lion King.

What did I think of other recent Disney movies?

Previous Post: « Yes! Mulan Is The Strong Female Hero I Can’t Wait To Tell My Daughter About
Next Post: Check Out This New Trailer For ‘Maleficent: Mistress Of Evil’ »

One of the great things about playing in nature is

When the world opens up again, you should absolute